Is JARVIS the villain in the Avengers sequel? 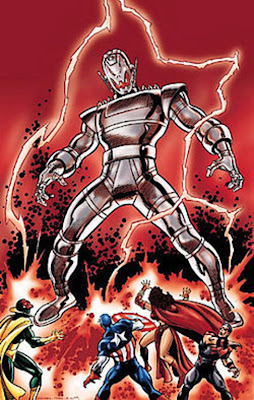 Rumors about the sequel (if you're not tired of that phrase yet, you will be long before "Age of Ultron" is released in early 2015). Give credit to Unleash The Fan Boy for some creative thinking, at the very least, and perhaps some insightful reporting. The site is attributing the news to unnamed sources at Disney. If true, it's a simple formula really: Trusted superhero sidekick (JARVIS) goes bad (becomes Ultron) and turns on his master (Tony Stark) and his friends. Now, about "Avengers III ..."
Posted by Harvey The Pooka at 10:02 AM

Email ThisBlogThis!Share to TwitterShare to FacebookShare to Pinterest
Labels: The Avengers- Age of Ultron