Peter Davison and Tom Baker to advise new Doctor Who star on Doctor Who Live: The Next Doctor 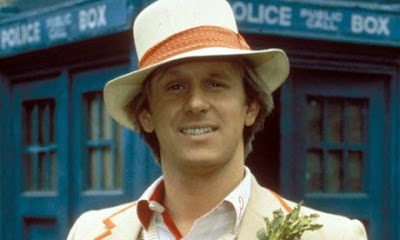 Previous incarnations of the Time Lord will be among those involved in top secret programme on Sunday night where the twelfth Doctor will finally be revealed.

The actor or actress named as the twelfth Doctor will receive advice from the fourth Doctor and the fifth Doctor as part of the special BBC1 reveal show on Sunday night.

Tom Baker, who played the Doctor between 1974 and 1981, will send a special video message to be broadcast as part of the programme, and Peter Davison, who replaced Baker and played the Time Lord until March 1984, will be in the studio to offer advice to the new Doctor live on air.

Hosted by Zoe Ball, Doctor Who Live: The Next Doctor will air from 7pm on Sunday night and will see the new Doctor unveiled in front of a live audience. It is understood both showrunner Steven Moffat and current Doctor Matt Smith will also be in attendance.

Video messages of support and advice will be screened from Sherlock co-creator Mark Gatiss and DJ Jo Whiley. There will also be input from former Who companions Katy Manning, Anneke Wills, Janet Fielding and Bonnie Langford.

RadioTimes.com understands Strictly Come Dancing star Bruno Tonioli will also send a video telling the nation “It’s like electing the next Prime Minister. It could be a disaster!”  Let’s hope for the BBC’s sake after months of fevered speculation he’s wrong.