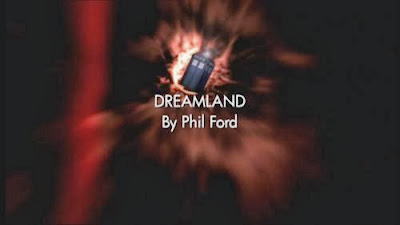 The Doctor has arrived in Dry Springs Nevada in the year of 1958 eleven years after a UFO had crashed landed in that part of the USA.   He enters a diner looking to have some chili when he is met by a waitress named Cassie and her friend Jimmy.  While going on about chili and everything else about 1958 America The Doctor spots something that Cassie says is just junk her mother thought would be an interest to tourists.

The Doctor notices that it isn’t junk and goes ahead and activates it with his sonic screwdriver when all of a sudden men in black appear in the diner and ask for the artifact.  The three escape the men in black by running out the back of the diner and leaving in Jimmy’s truck.  Jimmy explains to The Doctor that something has been killing his cattle and he thinks it is aliens. The Doctor is intrigued and they head over to look.  Jimmy shows The Doctor the footprint and it is indeed alien.  They are soon encountering a Viperox that is about to destroy them.  They are saved by the military which takes them to Area 51 or Dreamland as The Doctor knows it by.  The Doctor is not all that comfortable with Colonal Stark and the whole mind erasing thing and the alien tech that is all over the place.  He is right as Colonial Stark is working with the Lord Azlok and the Viperox who The Doctor finds out is planning to use the Earth for their own means. 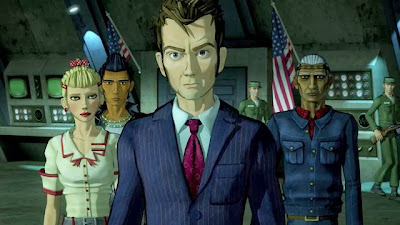 Dreamland is the second animated Doctor Who adventure since the show came back in 2005 and the third all-time joining The Scream of the Shalka and The Infinity Quest.  Dreamland came out in 2009 and was part of David Tennant’s farewell to Doctor Who.  It was one of three surprises that Russell T. Davies had promised along with the 4 specials that made up of the end of the Tenth Doctor’s era.  The other two were Christmas Idents and an appearance on The Sarah Jane Adventures. 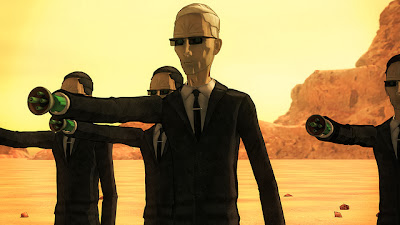 Dreamland is actually a pretty good and fun story.  It is a pretty simple story about saving the Earth from alien invaders.  I liked how the story was paced and really enjoyed the escape and get captured and escape again aspect of it as it harkened back to the Hartnell era.  This animated story felt more like a classic Doctor Who story more than what we have seen with the new series to date.
David Warner guest stars as the villain Lord Azlok and does his usual bad guy performance.  He has made numerous appearance in Doctor Who with Big Finish and this time he does the voice of Lord Azlok and gives that bug an evil feel to it.  What is pretty funny is that David Tennant’s future wife Georgia Moffat plays Cassie in Dreamland. She played Jenny in the story The Doctor’s Daughter and I find it funny  that husband and wife have done two Doctor Who stories together. 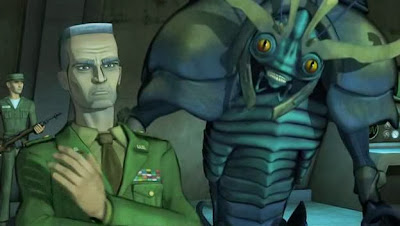 What was cool about Dreamland is that it could have fit as a Saturday morning cartoon.  It had that type of feel and all the fun of a cartoon from that bygone era.  Watch it with a child and you can see what I mean even more so as they can get a good feel for the show as it is more there speed.  The only down fall is that the animation is kind of herky jerky.  In the era of Star Wars The Clone Wars animation series have gotten pretty good and wish they did something more along the lines of that show.  The animation does not detract from the story and how fun it is all that much but does become annoying at time. 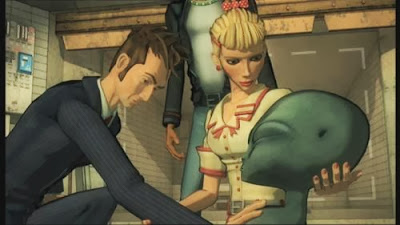 Dreamland is a pretty good story and a fun one to watch especially with children and does deserve repeat viewing from time to time.
Grade B +
Posted by DR5WHO at 12:00 PM