BBC AMERICA’S LIVE DOCTOR WHO SPECIAL RANKED #1 SHOW IN SOCIAL MEDIA FOR SUNDAY
The surprise live special is BBC AMERICA’s best telecast ever outside of Prime among A25-54
Following the announcement, BBC AMERICA to encore Torchwood: Children of Earth starring
the next Doctor Peter Capaldi on Sunday, August 11 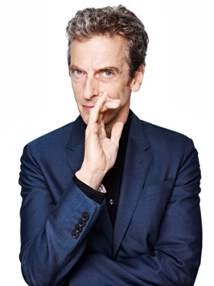 New York – August 7, 2013 – BBC AMERICA’s Doctor Who Live: The Next Doctor special on Sunday, August 4, at 2:00pm ET was the #1 telecast in all of television for the day (excluding sports) in social media in the US.*

The special, which was revealed on schedules last Thursday night, announced multi-award-winning actor Peter Capaldi will be the Twelfth Doctor, taking over from Matt Smith who leaves the show at Christmas. Doctor Who Live: The Next Doctor delivered 895,000 total viewers and 454,000 among A25-54.** It is BBC AMERICA’s best telecast ever outside of Prime among A25-54 and is behind only the Royal Wedding for the best telecast outside of Prime in total viewers.

Twitter activity around the special was double the hit sci-fi series’ season average for BBC AMERICA. In the peak of the activity, six out of the ten trending topics in the US were related to the announcement. On Tumblr, there were 11.84 million views of the Official Doctor Who Tumblr posts since Thursday and fans created 3 million Doctor Who-related reblogs on the day of the announcement.

Past Doctors Star in Tonight’s Premieres
Law & Order: UK starring the Fifth Doctor, Peter Davison, returns with a new season on tonight at 9:00pm ET followed by the US premiere of the acclaimed eight-part drama, Broadchurch, starring the Tenth Doctor, David Tennant, at 10:00pm ET.
Posted by DR5WHO at 8:08 PM