K – 9 and Company:
A Girls Best Friend
By Terrance Dudley


Sarah Jane was looking forward to a quiet Christmas in which she could write her book but it wasn’t to be.  When she arrives in the town of Moreton Harwood her Aunt Lavinia is missing and she has to pick up her Aunts ward Brendan at the train station.  Waiting for Sarah Jane at her Aunt’s house is a large box addressed to her.  She opens it up and there appears to be a robotic dog inside.

The robotic dog introduces himself as K – 9 Mark 3 and is a present to Sarah Jane from The Doctor.  Then there is a noise and the pair go and investigate the cause of the noise.  Brendan gets attacked by two guys and K-9 stuns one and purses the other resulting in the other one to run off in fear.  Sarah Jane heads to the police to fill a report but in the meantime Brendan gets himself caught and is in the predicament of being sacrificed by the cult of Hecate who liked to chant there name around the alter.  So it is up to Sarah Jane and K –9 to save Brendan and to stop the Cult of Hecate from causing havoc in Moreton Harwood. 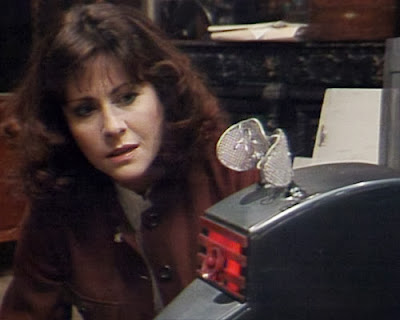 Oh wow where to start.  Well if you make it past that horrible opening sequence and theme song that sounded like a 4 year old got hold of a synthesizer then you will probably make it through this 50 minute story that is the official first spinoff from Doctor Who.  The theme song is absolutely dire with John Leeson saying K-9 over and over behind some of the worse TV theme music in the history of TV.  Ian Levine the so called Doctor Who expert is the man behind the theme for K – 9 and company and in interviews it is easy to laugh at how he says it wasn’t used the way it was intended.  Umm it probably was and you probably wrote it while after you returned home from the pub.  You can’t help but roll your eyes and shake your head in disbelief while listen to it. 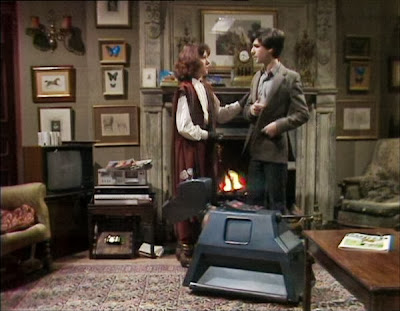 The story is not the greatest story in the world.  It is pretty dull and uninspiring and having Sarah Jane taking down a cult seems rather foolish.  Russell T. Davies had the right formula when he launched The Sarah Jane Adventures by having her stopping alien threats and the unexplained.  A Girls Best Friend just did not have the right formula and Sarah Jane does not seem like Sarah Jane and well K- 9 is kind of limited also as he spends most of the time in the house and only gets out when Sarah Jane carries him out into the car. 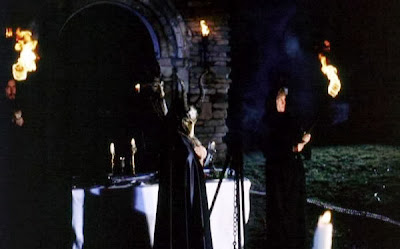 The acting of the supporting cast is not all that good and it is pretty easy to figure out who is behind all of the cult stuff.  K – 9 and Company has some of the funniest cult people ever who chant and dance like it was the 80’s. Oh wait it was the 80’s never mind.   K -9 and Company the failed pilot was aired in 1981 on December 28th and was a sort of Christmas Special as it aired a week before Castrovalva which was Peter Davison’s first story. 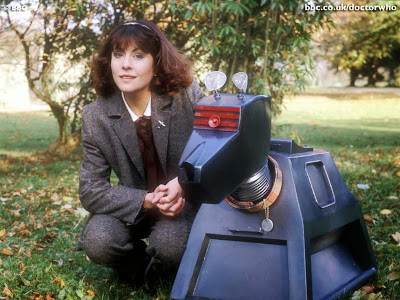 I really did not care for this one off special and am glad Elisabeth Sladen got another chance at a series and a chance to redeem the Sarah Jane character with writers who understood how to write for her.  So if you want some laughs watch K – 9 and Company: A Girls Best Friend and be prepared to shake your head in shock.