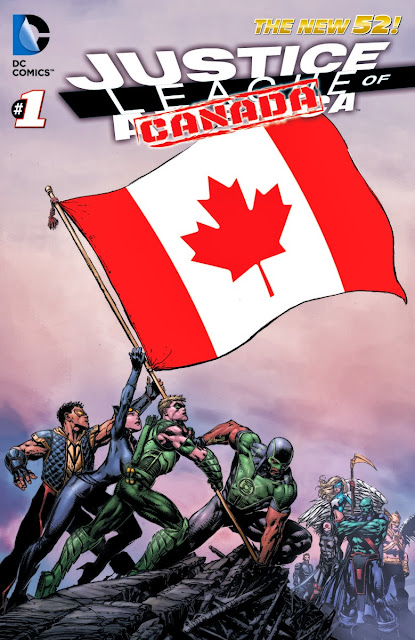 The Justice League of America will be changing addresses and countries next spring due to the fall out of Trinity War and Forever Evil.  The announcement will be made today at Fan Expo Canada in Toronto which is one of the best conventions in North America.  Writer Jeff Lemire explains.

“As a result of that,(Trinity War + Forever Evil) without spoiling any of that story, there will be major changes in the Justice Leagues and in the spring, the current Justice League of America team goes through a dramatic change and some of the pieces that are left behind will evolve into this new Justice League Canada team.”

Jeff Lemire plans to have an A list team with some obscure heroes also plus introducing us to a brand new super heroe who is Canadian which makes sense since the book is based in Ontario.