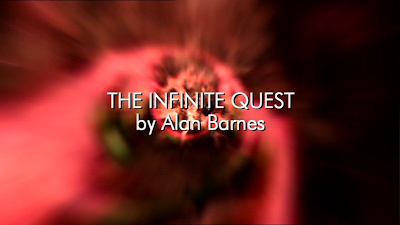 The Infinite Quest
By Alan Barnes

The Doctor and Martha are tricked into finding the four data chips that hold the secret to the ship The Infinite.  The robotic bird Caw gives The Doctor and Martha the first chip and also tells them that Baltazar has escaped from prison and is hunting for them also.   As the TARDIS dematerializes it is revealed that Baltazar was standing behind it listening to the whole thing and asks Caw if the homing signal is operational.  He said he it is and it is in the pin he gave Martha. 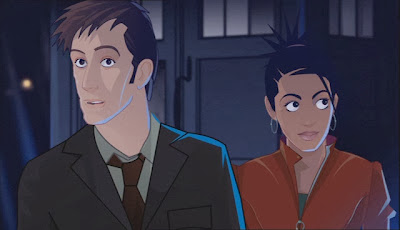 The quest sends The Doctor and Martha to the planet Boukon where oil barons are sucking up the last of the oil and pirates are stealing it and selling it for their own gain.  Then they head to the planet Myarr where the humans and the insect race are at war against each other and finally to the planet of Volag – Noc which is one of the coldest planets in the universe and home to one of the biggest prisons.

Baltazar confronts them on the planet Volag – Noc and forces The Doctor to cooperate by finding out where the Infinite is by using the TARDIS. After The Doctor puts the coordinates in Baltazar knocks The Doctor out and leaves him on Volag – Noc.  The Doctor now must save Martha and prevent Baltazar from getting his heart’s desire and using the Infinite to take over the Universe. 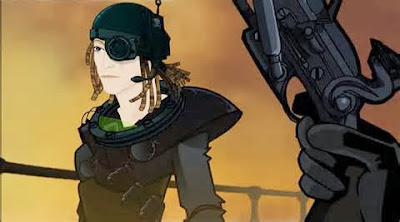 The Infinite Quest is actually a pretty decent story but more to the point it is more geared to children than adults.  It is a fun story to watch with a simple story of The Doctor on the quest for the data chips and then stopping the villain Baltazar voiced by Anthony Head of Buffy fame.  It was originally broadcast as part of the children’s Doctor Who program Totally Doctor Who which aired in 2007.  You had to watch every week to catch the 3 minute shorts which was released on DVD as one eighty minute movie. 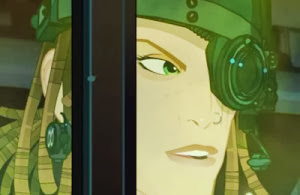 The animation is pretty simple also and does not break the barriers for animation but it does not really put a damper on the story at all.  Well for the most part anyway as it David Tennant seems to have the same expression and well there is just something wrong with the eye brows that just gets to be distracting at times.  But compared to the animation of Dreamland that comes a few years later it is just simpler and looks more like a cartoon. 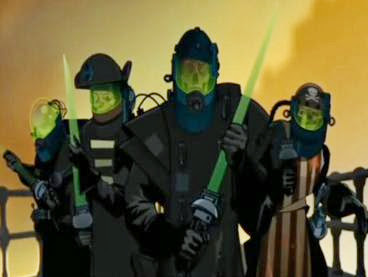 The thing about The Infinite Quest is that it could easily fit in Series 3 but most people don’t consider it a part of series 3 but hey it has Martha in it so to me it is part of Series 3.  I liked the simplicity of the Infinite Quest and did like the way the different alien planets looked and how they were able to do more with them in cartoon form than on a set.  One of the advantages of doing a story in animation is being able to do what you want without any restrictions from studios and stuff being expensive. 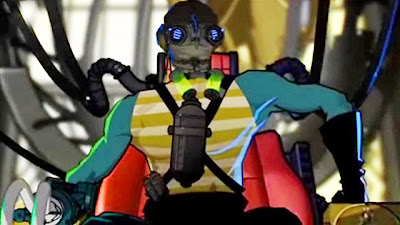 The Infinite Quest is a fun romp with some pretty good moments even if the animation is wooden at times.   So if you have kids and want to watch a fun story to get them interested in the show or science fiction in general then The Infinite Quest would be a good one to watch.
Grade B +