My Opinion and Thoughts On New Doctor Who Peter Capaldi 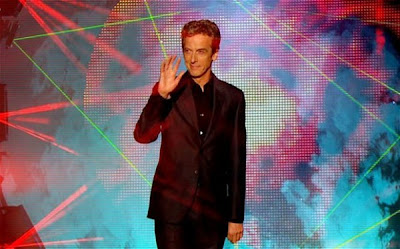 Now that the news of the announcement of who will be the 12th Doctor has come and gone and that Peter Capaldi is the man of the hour I took some time to reflect more about him taking over from Matt Smith.   I still love it just as much as when he was announced around 2:20 EST in the US while the whole world was watching at the same time. That still is pretty awesome to consider for this long time fan who can remember getting the news from Doctor Who Magazine when the magazines news was current and not like today outdated by the internet. What makes his selection even more unreal is that Peter Capaldi is a longtime fan of the show and has even wrote fan letters and articles when he was a teenager.


Even though I loved the announcement and will say why later on I was disheartened but not surprised at the outcry of his announcement.  The fake fans who love every episode and think the show is great and can’t do any wrong has been found out that they were only watching the show because the lead actor was hot.  Good riddance I say.  Go ahead leave and never come back this fandom does not need you.  The fact that you do not like Peter Capaldi because he is too old and not sexy enough is a crying shame and you do not get the concept of what makes Doctor Who such a dynamic and different kind of show that has been around for 50 years.  It is the uniqueness of the actor playing the part and what he can contribute to the show is what matters.  It is not whether the lead actor is someone you fantasize about taking you places sexually it is and has been all about the stories.  So take your shallow mindedness at leave the time vortex.  The real fans do not need you ruining our show anymore.

With that said I am excited for Peter Capaldi to take over from Matt Smith and hope that he plays the role absolutely different than the previous new series Doctors.   What I mean is even though he is the oldest of the new Doctor’s at 55 he seems to be more in the mold of the classic series Doctors as they appeared to be older than their age and that is something that has been missing in the new series.  I like the fact that Steven Moffat picked an older man to play The Doctor as it would be really monotonous if they continued being younger and would really be, in all honesty, been there done that and we’re doing it again.   Just looking at him he actually looks Doctorish and has that alien quality to him.  I am curious to see what his costume will be like and how that reflects his take on the character. 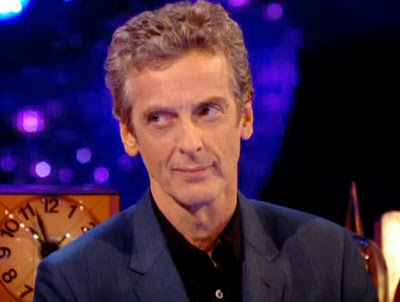 What I hope they do with Peter Capaldi is make him a serious Doctor and cut back on the manic personalities that have been with the last two Doctors.  Yes he can have his eccentric moments but not the out of control moments that Matt Smith has been doing lately.  I would like it to be a serious and a tad darker like Sylvester McCoy’s Doctor was in seasons 25 and 26 and maybe be a bit stern like Jon Pertwee and William Hartnell was with that great command that Pertwee generated when the situation called for it.


There is a lot of potential here and with a BAFTA winning actor at the helm the sky is the limit.  Peter Capaldi is a wonderful actor and I think he will be fantastic, to steal a phrase, as the 12th Doctor.  The only fear would be with Steven Moffat screwing things up and well I’m truly hoping for a serious take on the show and return it to a feel of the classic series with kids hiding behind the sofa and having the wise and mature Doctor saving the day and reassuring the kids that everything will be alright just like William Hartnell did when he was The Doctor. 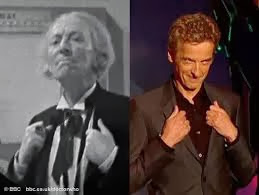 So, yes, I do like the prospect of Peter Capaldi as The Doctor probably even more so since Sunday after reading more about him and watching clips of his performances from other shows and movies.  Regeneration is a time of excitement no matter the age of the actor taking over as it also gives the show that sense of fresh air that is needed from time to time.  I will be sad to see Matt Smith leave this December but at the same time will be excited to see Peter Capaldi appear after the yellow sparks and flames have extinguished and his features appear as The Doctor for the first time.
Posted by DR5WHO at 8:45 AM