Is A New Star Trek Series On The Horizon? William Shatner and Michael Dorn Hope So. 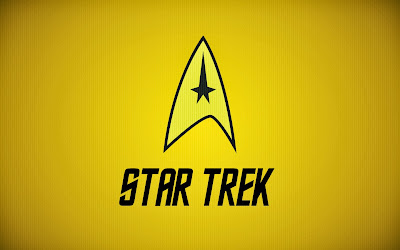 I came across two interesting articles on sciencefiction.com talking about a possibility of a new Star Trek TV series.  Do not get your hopes ups as I don't really see anything coming out of this but with the 50th Anniversary coming in 2016 it is a more realistic possibility that there would be a new movie for the 50th than a TV show but it would be cool if the show came back and it is time for it to return.

The first article is about William Shatner rallying for a new series saying it is time for it to return.  His claim is that he wants the show to come back to help inspire  the science side of it and plus it is time with the new movies out and everything.

“You know, I think you’re right. Because, JJ Abrams has found the key to getting a large audience into the movie theater, and that’s the ride. So you get a lot of the CGI effects, which is the epic movie making aspect of today, whereas in Cecile B. Demille’s time, you had to use real people. Now you don’t need to use real people and you can have infinity for God’s sake.

That’s in order to get you into the theater, because the majesty of the movie is shown by the large screen. But when you get into the small screen, you need stories… entertaining, interesting, vital stories that have a philosophy and also have an excitement about them, so that the viewer stays with it, but recieves the philosophy as a byproduct. Those were the best of Star Trek, those kinds of stories. And that kind of thing, there is always room for that. That kind of imaginative approach that stirs young people into wanting to be connected with science.”


The second one is about a Worf series in which he would be a Captain of his own ship and Michael Dorn has a script already and has already  made a pitch to Paramount.

“Last year there was interest and I talked to a couple producers and we actually had pitch meeting with Paramount and CBS. Business things got in the way in terms of the JJ Abrams movie coming out and CBS/Paramount and their relationship with JJ Abrams. I don’t think they wanted to step on his toes by putting a new series on, but it’s not dead yet. I’ve finished the script and hopefully someone will take a look at this and say ‘we can do this.’

It is very interesting that Star Trek is starting to make news of a comeback and I believe it is the right time for it as science fiction has become popular at this moment and with Doctor Who enjoying success since it has returned and the fact the Star Trek movies have garnered interest in the franchise again I believe it is just a matter of time for someone to take a chance on a new series for Star Trek.