Doctor Who - Cover and Synopsis For 12th Doctor Issue 11 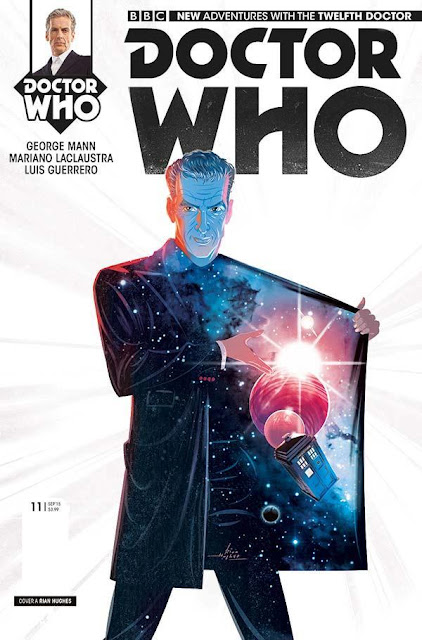 A stand alone story for the 12th Doctor and Clara is out today.  Issue 12 starts a new 4 part story that will take the series to the end of series 1.  Out now at comic book stores.

George Mann – novelist behind the New York Times bestselling Doctor Who: Engines of War and the Newbury and Hobbes series – joins the ongoing Twelfth Doctor series for an extremely special
issue!

Mariano Laclaustra joins him in his first solo outing!

And coming up next issue: post-event, the Twelfth Doctor's first year in comics concludes, with the return of a cosmic foe and a four-part epic climax to our first year by Robbie Morrison, Daniel Indro and Slamet Mujiono!