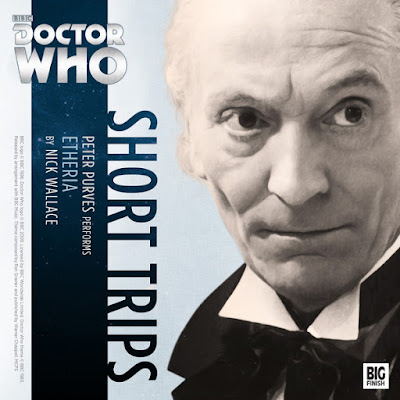 Short Trips starts back at the beginning with a 1st Doctor short story.  Narrated by Peter Purves who played Steven on Doctor Who this story sees The Doctor, Steven and Vicki stranded on an alien planet.  You can order this download only release on the Big Finish website.
http://www.bigfinish.com/releases/v/etheria-1102

Having escaped an ambush by pirates, the Doctor and Vicki are stranded on a strange world, in the shadow of vast rock formations and islands in the sky. The only way home is through the treacherous Etherlands, where the invisible Ether alters the perception of anyone who enters...

Cast
Peter Purves (Narrator)
Posted by DR5WHO at 7:52 AM