The Doctor Who Missing Episodes Menace - Parts 1 and 4 Only

The Release of The Underwater Menace

Is this the wind blowing in the right direction? 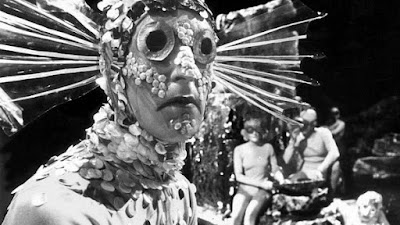 It has been a long time since we have looked at the Doctor Who missing episode situation and for good reason.  Nothing has changed. Since the big reveal in 2013 there has been nothing officially reported. The final DVDs were released and "The Underwater Menace" cancelled, but that has changed.

A quick recap (okay not that quick)–

1963 – The Doctor Who TV series began.  These serials, like most TV in the UK, were shot on video.  Telecines were made (film cameras shot the video playback) and these films sent around the globe in limited capacity. These films were meant to be shared among the various licensed stations and then either destroyed or returned to the BBC.

Early 70’s – In order to reduce costs and save storage space, videos were wiped and reused and many of the Doctor Who videos were erased.  Attempts to salvage as many episodes as possible happened shortly after by collecting as many of the film copies. 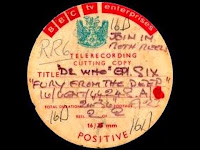 Late 70’s into the 90’s – Like many series of that time period, Doctor Who was missing a huge chunk of their early seasons but little by little odd and end episodes were found in garage sales, attics, basements, churches, etc.  Attempts to contact potential stations around the world to see if they still had films was done but with little result.


2008 – Philip Morris, business man and Doctor Who fan decided to form an organization that would assist with the management and preservation of film and video archives around the world.  He would also be searching for lost material. 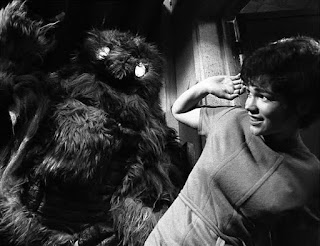 May 2013 – Rumors of a major find became popular.  Thousands of film cans with a potential of 90 or more Doctor Who episodes being found was one particular rumor that gained some momentum.

June 2013 - The same sources that backed these claims reported that complete copies of "Marco Polo", "The Enemy of the World" and "The Web of Fear" were among the first stories to be revealed soon.

Summer 2013 – There are reports that there was an issue with "Marco Polo" and that it would no longer be included with the first release. A short while later "Web of Fear" episode 3 was also dropped from the release list. 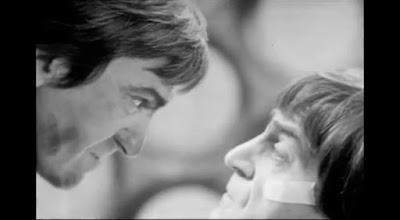 October 2013 – A press release announced the finding of "The Enemy of the World" and "Web of Fear" minus episode 3.

Winter 2013 – The final two DVD releases for Classic Doctor Who, "Web of Fear" and "The Moonbase."  "The Moonbase" is a four part episode that is missing two episodes btw.

Fall 2013 – Present day – Philip Morris has never said anything about any more finds but he has been cryptic with responding to questions.  He has stated that things are blowing in the right direction and fans of all classic TV will be happy but has never stated anything conclusive about any more finds.  Various rumors of announcement dates have come and gone.  Many theories fit nicely into why we don’t have any more missing episode finds including that there are no more.

Beyond the evidence that something else is going on here (different style releases for Enemy and Web including different box style and lack of extras), what Morris has been saying or not saying and the fact that the original sources for what ended up being true were also saying 90 episodes found, nothing else has really happened.  There are various theories that the BBC’s online video service will be a platform for these found missing episodes.  Other theories are that the BBC refuses to pay Morris for the found material hence a stand-off.  There are 90+ theories that all could be possible but potentially one of the most important parts of this is the DVD release of "The Underwater Menace".

"The Underwater Menace" is a four part story that had been missing all but episode 3 up until 2011
when episode 2 was returned.  It was at this point when it was thought that the story would be released on DVD because the BBC had been working on stories that were at least half complete.  "The Tenth Planet" (missing 1 episode of 4), "The Moonbase" (missing 2 of 4), "The Ice Warriors" (missing 2 of 6) and so on would be released on DVD.  Now that leaves "The Underwater Menace" and "The Crusade" as the only stories to have two or less missing episodes and not be released on DVD. One part of Underwater and both of "The Crusade" episodes were released on the Lost in Time set but in much less complete format.

Despite great sales in 2014 on "The Moonbase", "The Underwater Menace" was cancelled for reasons unknown.  With the extras complete including commentaries and such, the release might have been cancelled because of lack of animated parts 1 and 4. The animation company did not work on the parts and so it was decided to give up on the release....wait, what?

Whatever the reason, the story was canceled but now all of the sudden is back on again and should be out next month. WHAT?  So, this surprised everyone.  What is going on?

The DVD range ended in 2014 despite 2 half complete stories not released.  It would seem from the Restoration Team who work on the releases that was it and something out of their hands was involved with this finality.

It is possible that the powers at BBC Enterprises are no longer interested in classic Doctor Who on DVD.  There is a theory is that "The Crusade" has never been thought of for release because it is a historical and they don’t do as well as the sci-fi ones.  Also, the idea that the BBC won’t make money releasing other stories like "Dalek Master Plan", "The Celestial Toymaker" and "Galaxy Four" because animating more than two episodes is cost prohibitive seems ludicrous.  They should still make money on this, even if they just release the story with telesnaps and no animation.  Worth a try anyhow.

Another theory was that BBC Enterprises is waiting to see what Philip Morris has going on.  If he indeed has 90 more episodes then why release something that may be complete soon?  This seems less likely of an option because BBC Enterprises can potentially double dip and make extra money with a special edition "The Underwater Menace" release with all its episodes and new features later down the line.

Why cancel it? Why now release it?  Well, there was an online petition signed by 2,700 people including some Doctor Who celebs and that might have been enough for BBC Enterprises to change their mind.  The idea that they all but paid for all the extra content already seems like another good reason to go ahead and release it. Is it possible that more episodes from this story was found and that it was enough for a release?  Time will tell and very soon we will know.

If it is indeed complete, does this mean we have more found episodes?  Well, it seems highly unlikely that they just happen to find one or two episodes for the only story that was on the original list for release.  What if it is not complete and is still missing 1 & 4?  Does that mean no more are coming. Still possible and that whatever is holding things up is still in play but it doesn't really support the idea of more.
Posted by SHADOKP at 9:03 PM

Email ThisBlogThis!Share to TwitterShare to FacebookShare to Pinterest
Labels: doctor who, missing episodes, Philip Morris, The Enemy of the World, The Underwater Menace, The Web of Fear