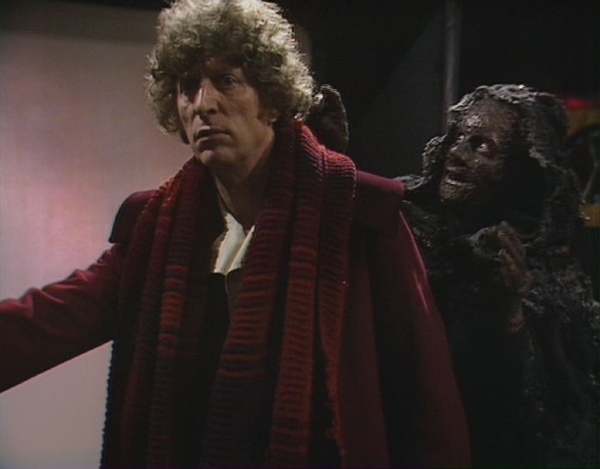 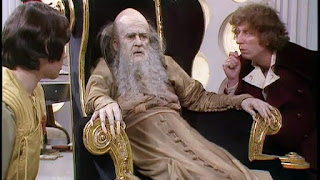 Things do not go as planned when The Doctor and Adric arrive as they are surrounded by the Fosters and taken to the council for questioning. After not believing The Doctor’s and Adrics story and the TARDIS not where it should be they call the Keeper to see if The Doctor’s story is correct in him inviting them.   But unfortunately Melkur is peeking through the door and The Keeper sense great evil and the Councils believe the evil is The Doctor and Adric. 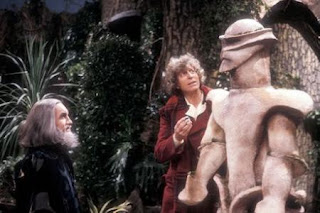 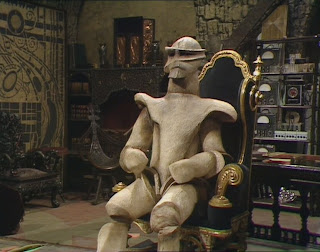 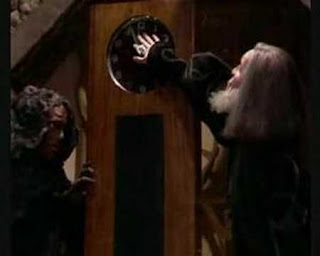 Email ThisBlogThis!Share to TwitterShare to FacebookShare to Pinterest
Labels: Anthony Ainley, doctor who, The Keeper of Traken, The Master, tom baker