Doctor Who - Synopsis For The Yes Men 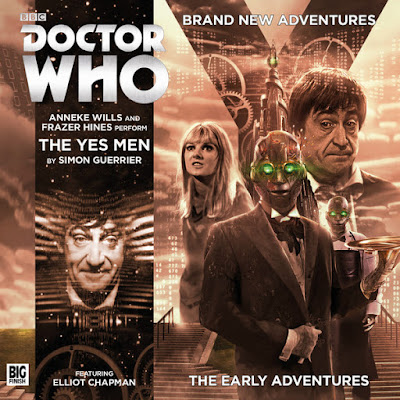 The Early Adventures return this month and it also brings us the return of the Second Doctor.  This story is set in the early days of the Second Doctor as he is with Polly, Jamie and Ben who has been recast by Elliot Chapman.  You can get this release from the Big Finish website.
http://www.bigfinish.com/releases/v/the-yes-men-1076