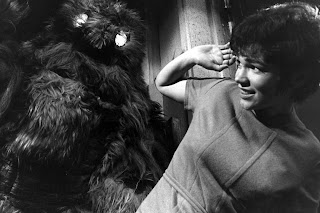 Some reports out of the Doctor Who convention Pandorica have stated that Missing Episode finder Phil Morris disclosed some interesting information about " Web of Fear."  Back in 2013 Morris returned to previously missing stories - "The Enemy of the World" and "The Web of Fear" but episode 3 of 'Web of Fear" was not included.  It now appears that Morris had found it but in the process of recovering the material, it went missing.  Morris thinks that leaked information that the films were valuable provoked a Nigerian rely station manager to take the film can.  Morris believes that the can was then sold to a private collector.

These films would have been found in 2011 and negotiations took six months before the films were handed over, but once they were, episode 3 was not part of it. Morris wanted to keep all other finds a secret in order not to endanger any new recoveries.  Morris even has a photo of the film cans before episode 3 was stolen. 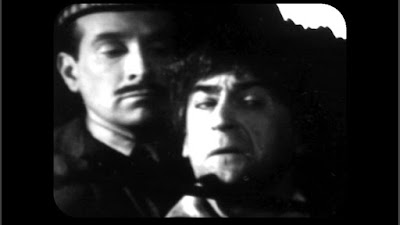 The eventual announcement was held back a while in hopes of recovering that particular film can but they gave up and went ahead with the announcement in 2013.

When asked if more were found Morris stated that he would not answer that question as it could endanger any future finds.  Morris also stated that now that the word is out that perhaps the person in question would return the film can.

Lots of speculation off of this revelation.  The original announcement of "Web of Fear", nothing was said about this for the missing episode.  Could "Marco Polo" be involved in this somehow.  That story was also attached to the rumor of the finds and that too came off the rumor list before the announcement.

This might have been the reason there was a delay for "The Web of Fear" being released on DVD, hoping that the release on ITunes might prompt the collector in giving up the film can. Anyway, it gives hope that the episode (which features the first appearance by Lethbridge Stewart) might still be out there and will find its way back someday.
Posted by SHADOKP at 4:03 PM

Email ThisBlogThis!Share to TwitterShare to FacebookShare to Pinterest
Labels: doctor who, Doctor Who missing episodes, Philip Morris, The Web of Fear