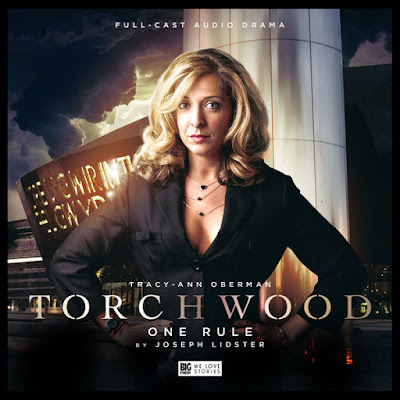 Tracy - Ann Oberman returns as Yvonne Hartman in a story set in 2005 before she gets turned into a Cyberman.  This is actually pretty cool as we get some stories of Torchwood before Jack and the gang take it over.  The story sounds interesting and I'm looking forward to listening to it. You can pre order this release that is released in December from the Big Finish website.
http://www.bigfinish.com/releases/v/one-rule-1297

Script edited by Steve Tribe
Posted by DR5WHO at 8:17 AM