Doctor Who - Remembrance of the Daleks Review 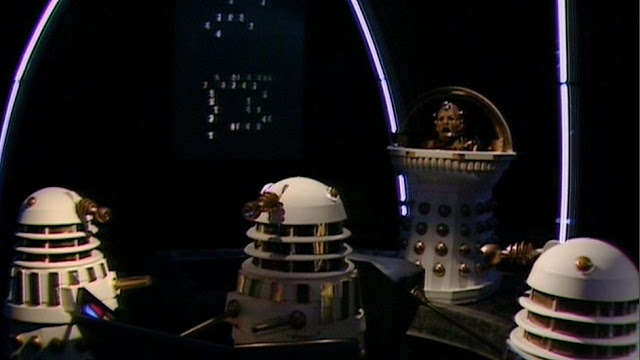 Doctor Who:
Remembrance of the Daleks
By Ben Aaronovitch

The Doctor brings Ace to 1963 London where there seems to be a mysterious van outside the school. What makes this interesting is the strange antenna that is on top of the van.  While Ace goes off to get some bacon sandwiches The Doctor investigates the strange van.  The Doctor’s activities are not going unnoticed as a strange little blonde hair girl is watching everything he is doing.   While The Doctor goes into the van he is told by Professor Jenson that there is strange activity coming from the school which is causing strange readings.  While Ace returns with Mike they are joined by Alison and are informed that something is happening at a junkyard that The Doctor is familiar with.

At the junkyard there appears to be a soldier killed by a deathray as Group Captain Gilmore calls it.  It is a lot more than a deathray as The Doctor has some nasty suspicions on who it is.  After blowing up the barricade it is revealed to be a Dalek.  The Doctor was kind of surprised at the type of Dalek it was as he was expecting a different faction of Daleks.  The two Dalek factions want the Hand of Omega and have chosen Earth as a battle ground for it.  The thing is The Doctor wants them to have it and has been planning this for quite some time and everything is going according to his plan. 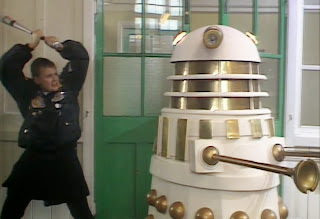 Remembrance of the Daleks is one of the best Dalek stories ever and is the best Seventh Doctor story also.  It isn’t even close.  Hands down the best story of the McCoy era as it starts the new direction for Doctor Who and it is the beginning of the dark and manipulative Doctor that has plans already set in motion before he even arrives.  This story is such a 180 degree turnaround from the previous four in Season 24 that it must have surprised a few of the fans.  I think it was a good idea and quite a refreshing take on the character.  Too bad they did not try this sooner in season 24 when people were still watching.

The newer take on The Doctor in my opinion worked really well and the way he was manipulating Ace and trying to get her to think was pretty good as you had a different Doctor and companion relationship.  Gone was the screaming Mel and in her place was the headstrong Ace who wasn’t afraid to mix it up.  In fact she does blow up a Dalek with a rocket launcher.   Ace does turn out to be quite popular and one of the best companions the series ever had. 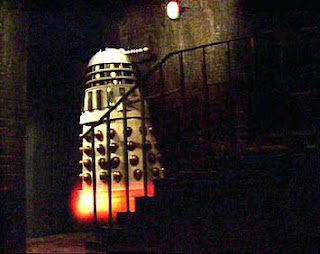 Remembrance of the Daleks starts off the 25th Anniversary Season of Doctor Who.  In fact I think this story is more of an anniversary story than that dreadful Silver Nemesis which is unfortunately a copy of this story.  You had Coal Hill School and Totters Lane which was prominent locations in the first Doctor Who story An Unearthly Child.  It had obviously The Daleks as they were celebrating their 25th anniversary also.  We also get the answer to that great mystery of how Daleks get up stairs as we see them hover up the stairs.  This predates Dalek in 2005 and is the first time we see it which was awesome to see back in 1988. Plus there were a lot of stuff scattered around like the French Revolution book.  It was too bad that Remembrance of the Daleks wasn’t the anniversary story because it just seemed they went the distance to make it seem like it could have been. 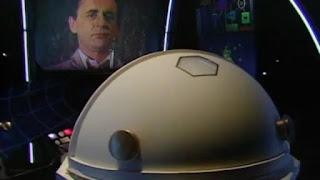 I liked the whole new background to the mythos that they brought into the series with the Hand of Omega and what involvement The Doctor had with the early times of the Time Lords.  Or so he tried to deflect from us knowing.  I liked what they tried to do and thought it added more mystery to the character that had been missing in past seasons.  It was a good idea to breathe new life into the character but unfortunately they never got to go all the way with it.

Remembrance of the Daleks also sees Davros getting tricked into destroying Skaro.  The Doctor manipulates him into using the Hand of Omega to create a sun that would be like Gallifreys and give the Daleks time travel and unlimited power to conquer the universe.  But instead the Hand of Omega sends Skaro’s sun supernova which destroys Skaro and all the Daleks.  What a pretty good twist to have in a story.  Destroying a planet isn’t something we see The Doctor do at all.  He is definitely not the Time Lord he used to be and is one that will do what it takes. 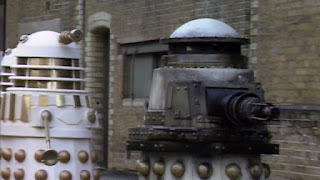 Remembrance of the Daleks is truly one of the best stories in Doctor Who’s history and the highlight of the McCoy era.  We get a new direction and the show goes on a path that we have never been on before.  The story in fact is about racism and uses the hatred of the differences between the two Daleks factions to hammer home the message.

Remembrance of the Daleks kicks off the 25th anniversary season in style and is one that can be watched over and over again.  Plus it has the greatest Dalek ever the Special Weapons Dalek and seeing that bad boy in action is worth it every time.
Grade A