Doctor Who - Cover and Synopsis For 12th Doctor Issue 12 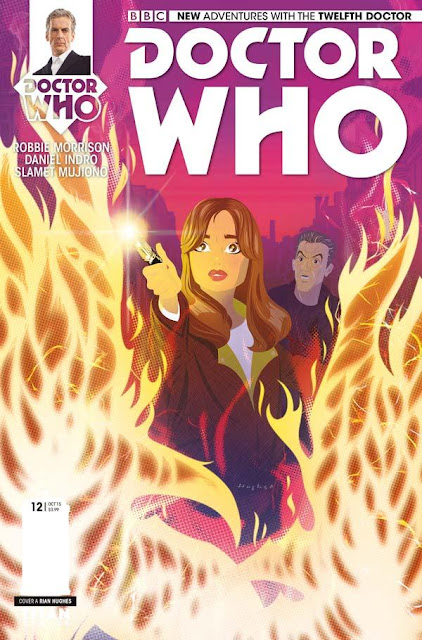 Out today issue 12 of the 12th Doctor comic book.  This issue starts a brand new story arc that wraps up the first series of the comic series.

THE FOUR-PART EPIC FIRST-YEAR FINALE BEGINS HERE! It took everything the Doctor had to defeat a SINGLE Hyperion – a mad and ancient living star that had been sealed away for millennia by the Time Lords. Now Hyperion tombs are opening all across the cosmos, with one awakening on the very edge of the solar system – with vengeance in its heart...  How can the Doctor and Clara hope to stop the fury of the Hyperions from consuming Earth?!

Colorist
Slamet Mujiono
Posted by DR5WHO at 9:13 AM