Doctor Who - Synopsis For Terror of the Sontarans 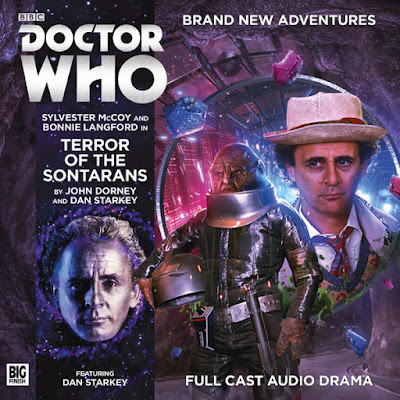 There are two Main Range releases this month and the first one finishes off the 7th Doctor mini trilogy with a showdown with the Sontarans.  You can order this release from the Big Finish website.
http://www.bigfinish.com/releases/v/terror-of-the-sontarans-875

Once it was a mining facility. Then later its corridors rang with screams generated by grotesque military experiments. However when the Doctor and Mel arrive on a hostile alien world after detecting a distress signal, the base they find themselves in is almost deserted.

But not for long. Soon the Doctor's old enemies, the Sontarans, have landed, and are searching for the remnants of their previous research team. Before long they uncover evidence of strange occurrences on the planet. Of madness and death.

They are warriors bred for war, strong of spirit and unafraid of death. To fear the enemy is an act of betrayal. Nothing holds terror for the Sontarans.