Doctor Who - Planet of Fire Review 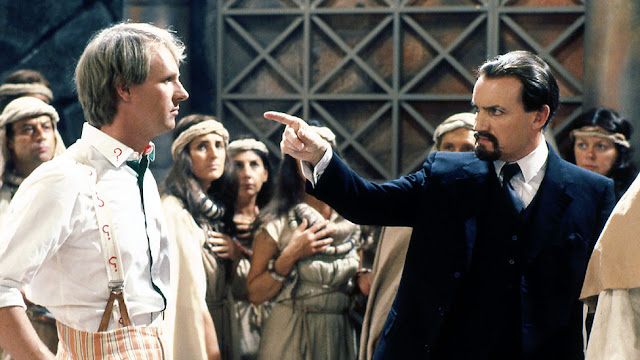 Doctor Who:
Planet of Fire
By Peter Grimwade

“Kamelion, my slave, resist the girl. Have I travelled a billion light years through time and space to be thwarted by this brat? Resist the girl! Kill her immediately.”

The Doctor and Turlough are responding to a distress call which takes them to Earth.  It appears the signal is coming from an artifact that is alien in nature.   They find the artifact by chance when Turlough rescues a drowning Peri.  Peri had the artifact in a bag to take to shore and Turlough notices it’s from Trion and tries to hide it from The Doctor who appears before he could hide it.  In the TARDIS Kamelion set the coordinates for Sarn a planet that is in danger of exploding from the volcanos that are on it.

On Sarn Kamelion is in better contact with The Master and takes his form.  The Master needs the healing factors of the gas from the volcanos to heal him from an accident he had with the Tissue Compression Eliminator.  The problem is The Doctor is in the way and causing a rift from those that believe in Logar and those that don’t.  The Master after chasing Peri around Sarn makes his presence known and to the horror of The Doctor wants to use the people of Sarn for his own bidding.  So it’s up to The Doctor to take on The Master yet again and save the people of Sarn from being killed on a planet that is nearing its end. 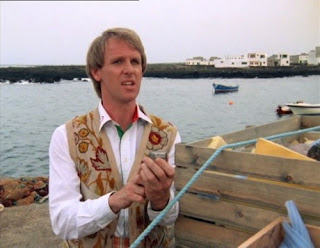 Planet of Fire is the last time the Fifth Doctor faces off against The Master.  It is also the last story for Mark Strickson as Turlough and the first story of new companion Peri played by Nicola Bryant.  Planet of Fire has a lot going on and has an interesting plot even if it isn’t one of the best stories from Season 21.   But I like it.  I always have and it’s not because of the Peri in bikini scene.  It just has that guilt pleasure to it and Anthony Ainley gives a really good performance and for once he isn’t that much over the top. 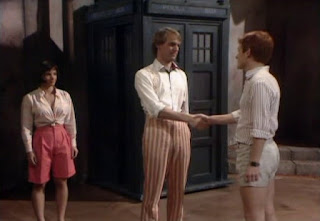 Planet of Fire is also a good Turlough story.  For once since the Black Guardian trilogy had ended Turlough had been regulated to standing in the background and not used all that much.  A forgotten character that was not developed much after the trilogy.  But in Planet of Fire he takes center stage and shows some signs of being a decent character.   I liked how we learn more about his background and what happened to him on Trion.  This gives the viewer some symphony for him as he finds out his father was killed in the crash on Sarn but does find out that he has a brother.  This causes him some conflicts with The Doctor and almost costs them their friendship as The Doctor warns him to not keep secrets if it can help stop The Master.  Turlough also has a decent send off.   He is torn about going home or going with The Doctor.  When he finds out that he is no longer a political prisoner and is allowed back on Trion the choice was easy.  He goes back home with his brother and thanks The Doctor for everything.  It seemed like a strain friendship with The Doctor not really trusting Turlough but the farewell said otherwise. 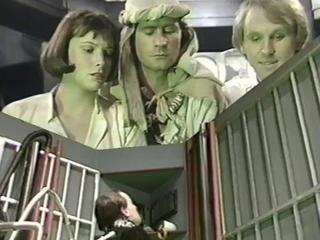 The story is not that bad.  The Master uses his old robot Kamelion to do his bidding by bringing The Doctor to Sarn in order to help him.  What he didn’t count on was having to chase Peri on Sarn to get a part of the TARDIS back.  This part lasted a bit too long and could have been shorter.  I did like The Master who is the size of a doll using that control box.  What gets me is how does The Master make that control box?  Did he have it laying around in case he was ever shrunk down to size.  It seems pretty convenient to have all those parts that size for him to make a control box that operates his TARDIS and to control Kamelion.   But it is a pretty cool control box and on the BBC budget too. 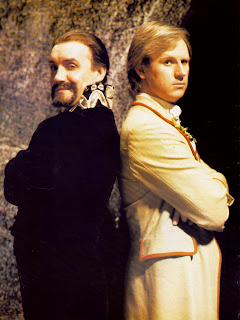 Anthony Ainley is pretty good in Planet of Fire and he isn’t over the top that much at all.  He actually comes across as really evil and even playing as The Kamelion Master he came across really believable.  It’s a shame that in most of his performances he hams it up a bit and plays the part over the top.  Just like in Keeper of Traken when he is given a chance to act his characters come across more believable.  Ainley and Davison were a good combination and worked well together.  They had the same chemistry as Pertwee and Delgado and this pairing was the best for the 80’s version of The Master.  It is sad to see the final meeting between these two as their stories together were one of the highlights of the Davison era.

I really like Planet of Fire.  Sure it is not the greatest story of the Davison era but it is not the worst either.  It is a story that challenges a civilization religious belief as they eventually find out it was all false.  That can’t be easy as a generation of faith had been debunked in a matter of moments. Planet of Fire was also the swansong for Kamelion.  The unreliable and never worked right robot was put out of its misery.  That was a wasted moment as they could have used a different guest star as Kamelion every week.   Planet of Fire is one of my favorite Master stories from the 80’s and one that should be revisited more often.
Grade B+