Doctor Who 50th Anniversary: The Seeds of Death By @Blackadder345 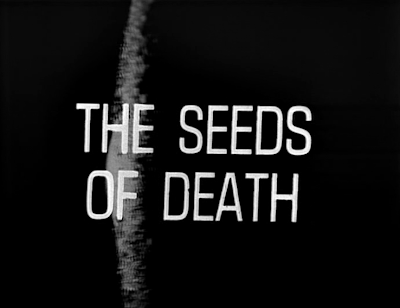 Doctor Who:
The Seeds of Death
Reviewed
By Will Barber

"Your leader will be angry if you kill me. I'm a genius."

At the end of the twenty-first century, a teleportation technology called "T-Mat" has replaced all traditional forms of transport, allowing people and objects to travel instantly anywhere on Earth. Manned space exploration has ceased due to the ease of life on Earth. The Second Doctor, Jamie McCrimmon and Zoe Herriot arrive in a museum on Earth run by Professor Daniel Eldred dedicated to the obsolete technology of rockets. However, something goes amiss at the T-Mat vital relay station on the Moon and the system breaks down. With communications out and no way to reach the Moon without T-Mat, those responsible for the system, Commander Radnor and his assistant Gia Kelly, turn to Professor Eldred to help. He has been privately building a rocket in hope of re-igniting interest in space travel. In the absence of a space programme to provide trained astronauts, the Doctor and his companions volunteer to crew the rocket. The Seeds of Death is a bad story. If not the worst, it is one of the worst in Doctor Who’s long history. The story plods through a full six parts. It is the most boring story I have ever seen. There is not action, character development or overarching theme. The majority of the story is spent fixing things, talking about fixing things or why they can’t fix this particular thing. The script is uninspiring and does not hold the audience’s attention at all. By part two we are wishing that they would just get on with it and hope that somebody actually does something. The producers try to make it more interesting, Brian Hayles kills every single person that he can think of. In fact, in part five he even kills a character off screen! Really! Even the villains of the piece, The Ice Warriors, are underused. 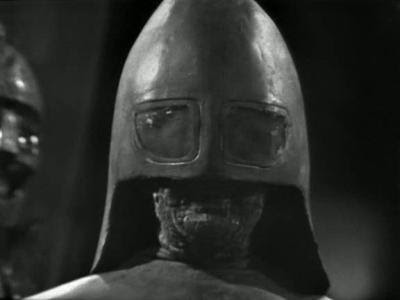 At the beginning of the first part we hear the Ice Warrior which creates a great sense of anticipation from the audience. However, this is shattered by revealing it is simply the rather small Ice Lord threatening one of the operators of T-Mat. This completely destroys the illusion that the creatures are to be feared and more likely to be laughed at. Indeed, throughout the story the creatures are short changed. The Grand Marshall who appears during the scenes in which The Ice Lord is informing him that the invasion of Earth is going to plan, is utterly ridiculous. He looks and sounds like a sock puppet with asthma and is as frightening as a rabbit with the words boo written on its nose.

The acting in this story is not bad but the characters and the actors are working with a bad script. Even the normally versatile Patrick Troughton struggles to produce exciting television with Hayles’s script, although he and Zoe do get the odd good lines. 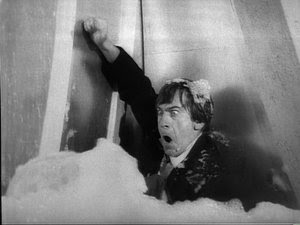 The best parts of the story are the cinematography. In part four we get to see the Ice Warriors outside in the mists of the countryside stomping towards the camera; this is a truly classic Doctor Who moment and you can see why so many people mention this moment when talking about classic Doctor Who. The Ice Warriors looks genuinely threatening rather than a bit silly as they did in the earlier scenes. 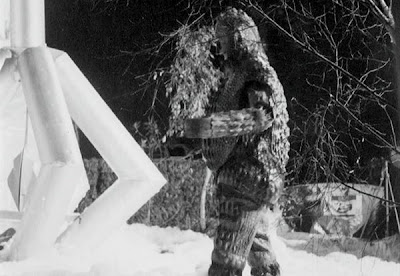 The Seeds of Death is a terrible story from one of the most unlikable seasons of Doctor Who. It is easy to see from this story why people were turning off Doctor Who in 1969 and why it was almost cancelled. All I can say is thank goodness they didn’t and something as bad as this story didn’t sink The Doctor Who boat.
Posted by DR5WHO at 12:30 AM

Email ThisBlogThis!Share to TwitterShare to FacebookShare to Pinterest
Labels: 2nd Doctor, doctor who, Doctor Who 50th Anniversary, Patrick Troughton, The Seeds of Death