Doctor Who 50th Anniversary: The Invasion 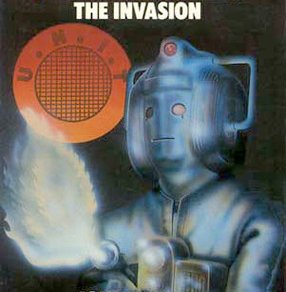 
The Invasion
By Derrick Sherwin 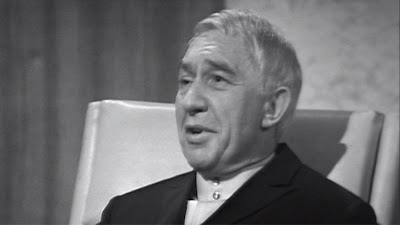 The Invasion is more than a Cybermen story.  In fact until the end they are not featured in the story all that much.   It is mainly The Doctor trying to get the upper hand in his duel of the wits with Tobias Vaughn and trying to prevent the Cybermen invasion from happening.  It is actually quite good but unfortunately this story is eight episodes long so you will need to have some free time to watch it or in this case be snowed in during a blizzard. 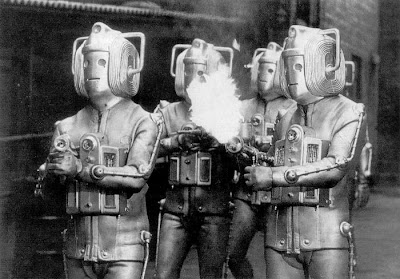 That is the only downfall of The Invasion is that it is too long and really hard to watch in one sitting.  But that is only a minor negative as the story is really good.   Well for the most part it is but it does fall into the trap of being caught and escaping and yes getting caught yet again.  If all else fails just write that into the script to make the story longer and you have yourself a top notch Doctor Who script.  When you have to fill eight episodes because of an abandoned story well you do what you must. 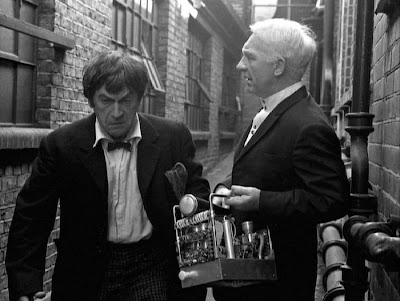 Tobias Vaughn turns out to be quite an interesting character.  He is already half converted into a Cybermen with the exception of his brain and cannot be killed by a mere bullet.  After being betrayed by the Cybermen instead of getting the power they promised him Tobias Vaughn helps The Doctor to defeat the Cybermen by making a feelings machine that seems to pump tons of feelings into the Cybermen.  Not the greatest of conclusions but one that wasn’t done before. 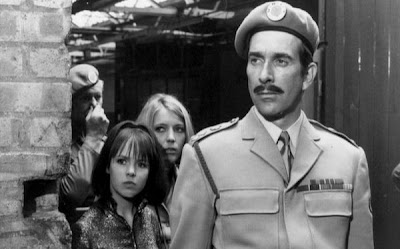 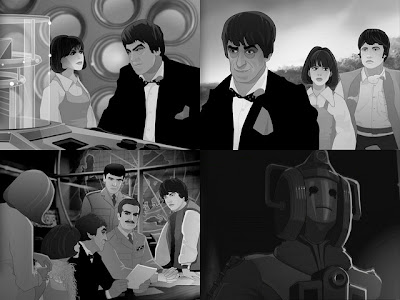 Unfortunately episodes one and four are missing.  But through modern technology and all that great stuff those missing two episodes were animated. Yes The Invasion was also the testing ground for animating missing episodes for nearly complete stories.  It would prove to be pretty good but the animations just wasn’t as good as it was for the newer release of The Reign of Terror but it was a start and luckily it was good enough to for others to get animated also but using better technics. 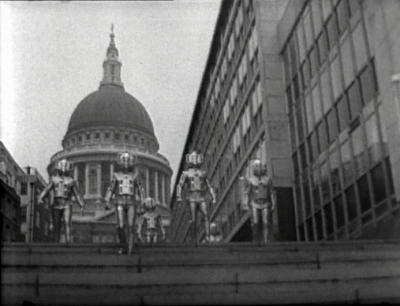 The Invasion is a pretty good story with a lot of science fiction in it.  It is a pretty decent science fiction story with lots going on and it is not over done with Cybermen until the end.  It has Cybermen walking down the streets of London after they barge out of the sewers where they are hiding.  It is a pretty cool moment watching The Cybermen walking down steps with St. Paul’s Cathedral in the background.  A pretty cool story even if it is a tad to long.
Grade B
Posted by DR5WHO at 1:00 AM