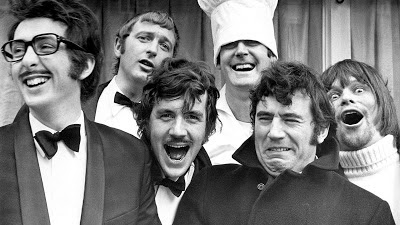 Monty Python members Terry Jones, John Cleese, Terry Gilliam and Michael Palin are getting back together for a new movie project directed by Jones.  The animated - live action film is about aliens giving one human the power to do anything just to see what chaos ensues. Robin Williams is joining the cast. It is uncertain if the Python team will have live scenes together or if they are just playing voices of the animated aliens.  The movie is called Absolutely Anything.