Synopsis For Big Finish's Doctor Who - The Sands of Life 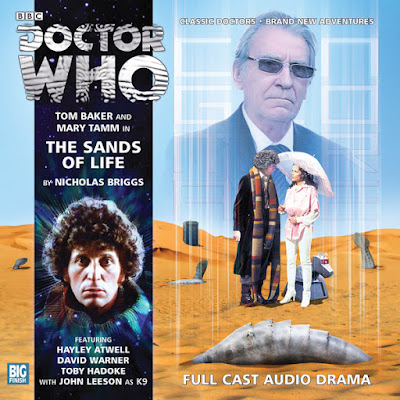 The 4th Doctor and Romana continue their adventures with The Sands of Life with guest star David Warner who also has a guest role in the upcoming Series 7 of Doctor Who with Matt Smith.  You can order this adventure from Big Finish at the link below.
http://www.bigfinish.com/releases/v/the-sands-of-life-687


Sheridan Moorkurk has just been elected president of Earth... but the harsh realities of who really runs the planet are just beginning to dawn on her. And what's more, she's starting to hear voices.

Meanwhile, the Doctor and Romana encounter a mass of aliens heading to Earth... Aliens who have already made the mistake of upsetting the infamous Cuthbert, all-powerful CEO of The Conglomerate, by destroying one of his space platforms.

Will the Doctor and Romana be able to avert inter-species war that will destroy all life on Earth?