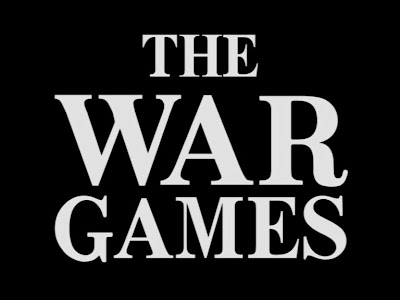 Doctor Who:
The War Games
By Terrance Dicks & Malcolm Hulke


The Doctor, Jamie and Zoe land on what they think is Earth during World War One in the year 1917.  What has The Doctor concerned is how the General is able to convince everyone that they are German spies even though the officers earlier proclaim that they are not.   But everything isn’t what it seems as Zoe finds a communications unit which shouldn’t be in 1917.   After escaping a firing squad and many recaptures after freeing Jamie from military prison The Doctor, Jamie and Zoe with the aid of Lady Jennifer and Lt. Carstairs drive through a fog and appear to have driven out of No Man’s Land.  Where they end is utterly impossible as they are attacked by Roman soldiers.  The Doctor suspect that they are no longer on Earth and that something strange is definitely going on.  Thus begins the last adventure of The Second Doctor and his companions Jamie and Zoe. 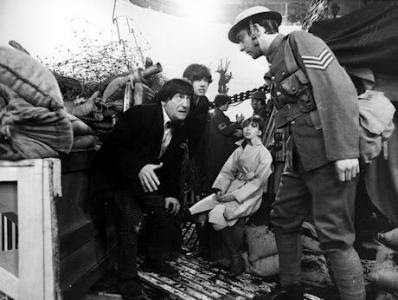 Patrick Troughton’s Doctor gets a huge send off in what is the longetst last story to date. Well, you could make the argument for Colin Baker’s Doctor with Trial of a Time Lord but that was 4 separate stories contained in a theme season. So in my opinion The War Games is the longest last story coming in at 10 episodes.  Yes 10 episodes is a lot to watch in one sitting but back then it was a weekly serial so it wasn’t that bad to watch back then.  But it is long and it does in fact get the award for the longest get captured and escape and get captured story in Doctor Who’s history. 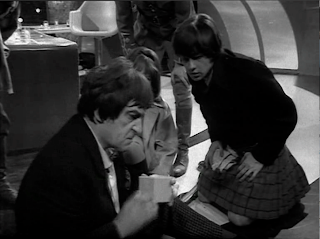 But all that aside was The War Games a fitting last story for The Second Doctor.  It sure was pretty historical last story as we get to see The Doctor’s home planet and find out he is a Time Lord and that he stole his TARDIS.  We ffind out he left the planet to go out and help other races who are oppressed by evil beings mainly the planet earth.   The Doctor stands trial for the first time and ends up getting exiled on earth with a new appearance.  So in fact The Second Doctor doesn’t regenerate because of injury it’s because the Time Lords forced him to. 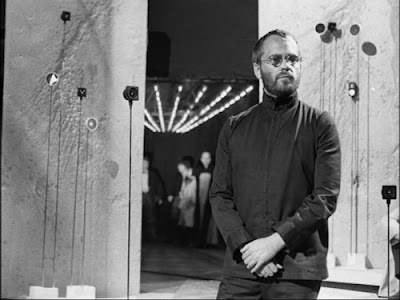 I liked The War Games even though it is a long story.  Yes it is pretty long and filled with lots of filler but so what I thought it was very entertaining.  I liked how the characters were running around between time zones and then the addition of the resistance.  I loved how The Doctor tries to get them to unite against the War Lord and put an end to the games.  I really did not mind that there was a lot of getting captured and escaping as the overall story was pretty good.   I really did like the overall story of The War Games especially the bickering with the War Chief and Security Chief.  It was good seeing them playing the cat and mouse game that the War Chief eventually lost. 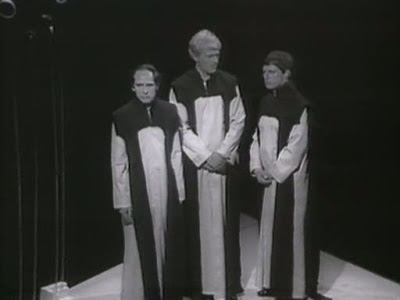 I liked the fact that the War Chief was actually a Time Lord himself.  Making his own version of TARDIS called SIDRAT.  The interaction between the two Time Lords was pretty interesting as we find out more about The Doctor and his past.  Finding out about his back story is the important part of the story especially the last three episodes.  The last three episodes is the high point of The War Games and the best part of the story. 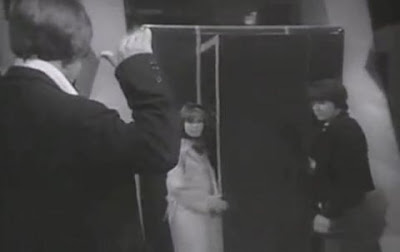 When you hear that organ playing and the Timelord noise as the arrive on the planet to get the War Lord  it sends chills down your spine especially the slow motion filming of The Doctor, Jamie and Zoe running to the TARDIS.   It is just a pretty cool scene and you definitely get a feel of doom and gloom from The Doctor as he is trying to leave.  You know he will be in trouble with his own people and you get a feeling it will be pretty bad.  Just listening to that organ makes it seem ominous.  The trial scene was well done also.  You have The Doctor defending his actions after he testifies against the War Lord.  You see him showing evidence of old foes he fought during his era to help justify his actions.  It is such a classic sequence and an important one in Doctor Who. 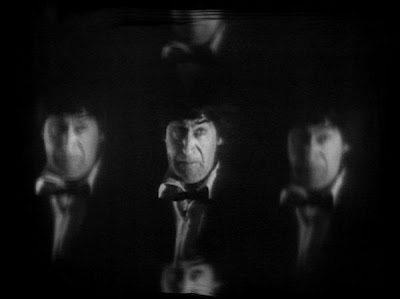 Patrick Troughton gave us one last performance as The Doctor before his return in Doctors 3, 5,2 later on to celebrate anniversaries and the like.  The War Games is truly a story a good send off for the 2nd Doctor as he is exiled to earth and forced to regenerate.  It is also the end of another era as both companions are returned home also.  It is also the end of Doctor Who in Black and White and also the start of a new direction for the show.   Patrick Troughton was a wonderful Doctor and also one that helped continue the legacy through the 60’s and beyond.