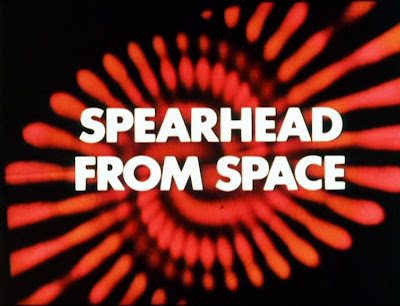 The newly regenerated 3rd Doctor has arrived on earth the worst for wear as he has been traumatize by being forced to regenerate by the Time Lords after his trial.  His exile on earth hasn’t started off all that well as he is hospitalized and almost kidnapped and then grazed by a bullet from a UNIT soldier.  Not a very good start in your new body.  Over shadowed by those events was a mysterious asteroid shower with quite a few of them making their way to earth.  But the problem is these are not your ordinary space debris as The Nestene Intelligence is was part of that and that act was the first salvo fired in the invasion of Earth.  With the control of plastic and the plastic creatures the Autons to control its up to The new Doctor and his new companion Liz Shaw to stop them with the aid of UNIT and the Brigadier. 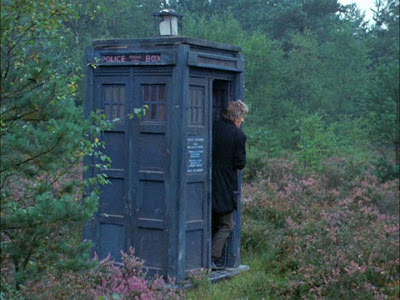 Spearhead From Space is one of my favorite new Doctor story if not my favorite one.  Robert Holmes sets himself up as one of the premier Doctor Who writers with this one after his previous luke warm offerings of The Krotons and the really bad The Space Pirates.    But with Spearhead From Space he hit it out of the park with a really good alien invasion style story.   Robert Holmes also created one of the more frightening villains in the Autons.  Imagine walking down the High Street and then seeing the mannequin coming alive and crashing out the store window.  Just a classic and scary scene that makes you remember the story. 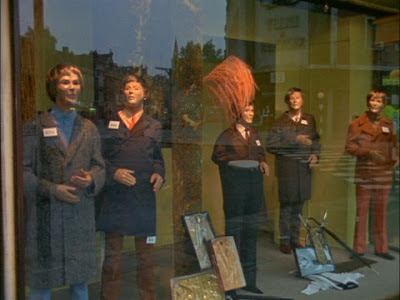 Spearhead From Space is a great start for Jon Pertwee who instantly asserts himself into the character and gives The Doctor a commanding presence.  Yes they tone down the silliness a bit and make Pertwee’s Doctor more serious and more authoritative.  Plus they also incorporated the use of gadgets as it was evident in his first story that making gadgets would be a central thing for Jon Pertwee’s character. 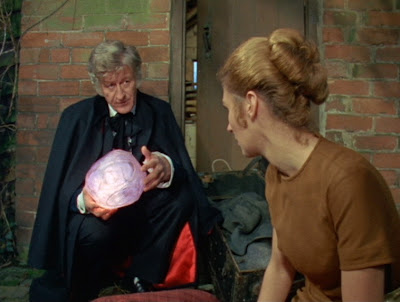 Spearhead From Space started the UNIT years for Doctor Who.  In what would be a staple for this era would be The Doctor working for the Brigadier and UNIT.  Spearhead started this off with a brilliant introduction to UNIT and some of the soldiers like Sgt Benton who we’ve meet before in The Invasion but in a minor capacity.   Spearhead also gave us Liz Shaw who was an equal of The Doctor and who was a Doctor in her own right.  She starts off pretty well and her introduction was to the crazy world is in ways pretty comical. 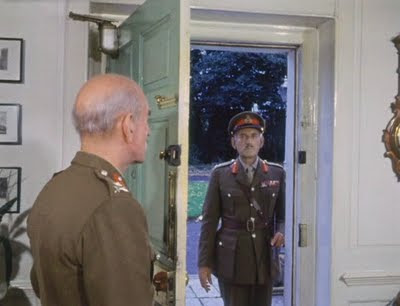 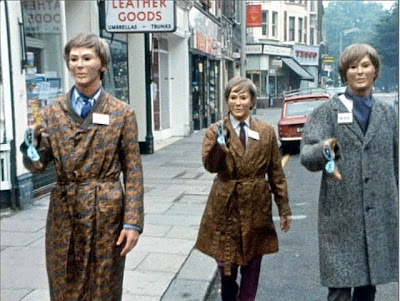 Spearhead From Space also had a big chore of trying to get the viewers to like the new direction of the show plus the new Doctor debut. A major change and fresh direction with The Doctor being earthbound was a huge gamble and if Spearhead From Space didn’t starts things off well then we don’t have a 50th Anniversary to celebrate this year.  Spearhead From Space is one of those classic stories, by one of the shows classic writers and starts of a classic era for The Third Doctor in style.
Grade A
Posted by DR5WHO at 1:00 AM