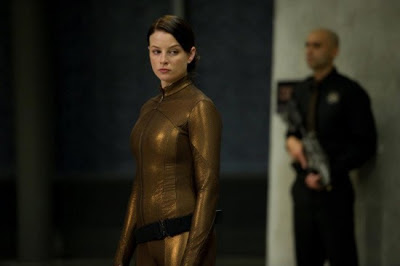 I recently caught up with this Canadian series and I have to tell you that I was unimpressed to start with. Right away I felt this was too similar to the boring Alcatraz series that was canceled last year. We have convicts of the terrorist group Liber8 from the future traveling back in time to 2012. Followed by a police officer from the future, the convicts are attempting to stop the development of a government run by big businesses. Meanwhile the cop, Kiera Cameron (Rachel Nichols) must attempt to stop the dangerous criminals and their plans to manipulate time as well as keep her presence a secret from the 2012 police force she has teamed up with. She is helped by young hacker Alec Sadler who will end up inventing much of the technology Kiera uses in the future. She has with her a suit that can do all kinds of things like stop bullets and cloak. 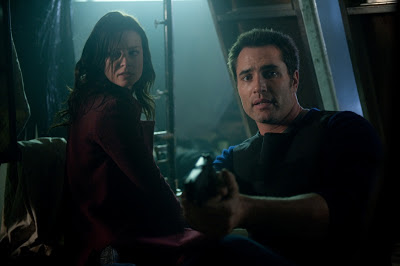 Within a couple of episodes I found that I was very impressed with the direction the series took.  It seemed to be much smarter than Alcatraz and wasn't as predictable.  Although I will say that one criticism I had about the criminals in Alcatraz was every one of them was the worse psycho possible and would go right out and kill again in the present day.  In Continuum one has to wonder that perhaps the Liber8 group are fighting against a corrupt government and perhaps they are not that bad.  Actually, they are.  Most of them are ruthless killers who smile when killing innocents.  There is one that has another agenda and their leader may have alternative motives... oh, wait.  You'll see.

Every episode of this 10 episode series alters the direction this story takes. Along the way we learn more about the origins of Liber8 and Kiera's involvement in all this. Even Young Alec has more involvement then originally thought. 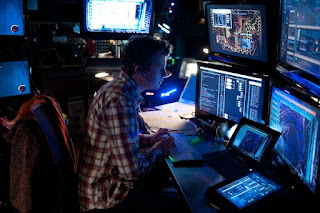 It is this ever evolving series that really captured my attention, making it one of the best Sci-Fi TV series on right now. The time travel element is something I expected to be a problem as with all time travel plots and yet the writers seem to have a pretty good grasp of it and set up the definitions along the way. It is uncertain what Liber8's main purpose is as it seems to change from trying to kill key people in their history to seeding the movement for the upcoming war. All what appears to be happening changes as it goes along and so good luck guessing what happens next.

The episodes usually have a formula where we flash forward to 2077 and learn more about that time period, Kiera and her family and the powers that set this whole conflict in motion. We also experience a crime drama as Kiera uses her hidden tech along with the primitive tech of 2012 to locate Liber8. Kiera is also hoping to get home. 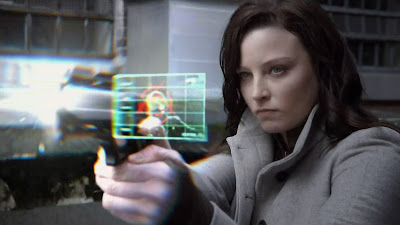 The cast is excellent and is actually made up of a whose who of Sci-Fi TV shows of the past including Lexa Doig (Andromeda), Tony Amendola (Stargate SG-1) and William B. Davis (The X-Files).

This show really points to the fact that Canada has been a major contributor and arguably the leader in Sci-Fi TV for quite some time. Sure, it has its clunkers from time to time but there are so many excellent series and Continuum is one of them.

I highly recommend this series and since it just started airing in the U.S., it shouldn't be too hard to find. The DVD/blu-ray set is out in the US March 26.

A second series of 13 episodes is slated for airing in Canada in spring of 2013 and it began airing on the SyFy channel early 2012.
Posted by SHADOKP at 8:59 PM