Being Human UK Series 5 To Be The Last 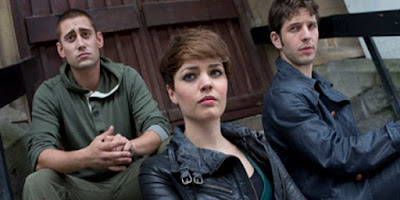 BBC3 announced today that series 5 of Being Human will be the last as the show will wrap up its 5 year run with this series.  Show creator Toby Whitehouse on the news


"Being Human has also opened the door to new acting talent, including some incredibly exciting younger actors, which is a legacy we all feel proud of. We will miss Being Human, but feel inspired that there is a place for series like this on British television."

So tune in to BBC3 on Sunday nights to see how it all ends and read the full article at Digital Spy.
http://www.digitalspy.co.uk/tv/news/a456965/being-human-to-end-after-current-series.html

Email ThisBlogThis!Share to TwitterShare to FacebookShare to Pinterest
Labels: Being Human, Being Human Series 5