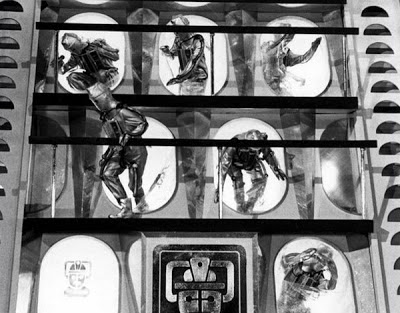 On February 24 BBC America will continue to celebrate Doctor Who's 50th anniversary with the second Doctor story, The Tomb of The Cybermen from 1967.  Starring Patrick Troughton as the Doctor, the story is one of the best Doctor Who stories ever (in my opinion) and features the Cybermen when they were creepy and not loud.

The evening will begin with another documentary about that era of the show with interviews and clips.  That starts at 8pm.

Email ThisBlogThis!Share to TwitterShare to FacebookShare to Pinterest
Labels: BBC America, Doctor Who Revisited, Patrick Troughton, The Tomb of the Cybermen