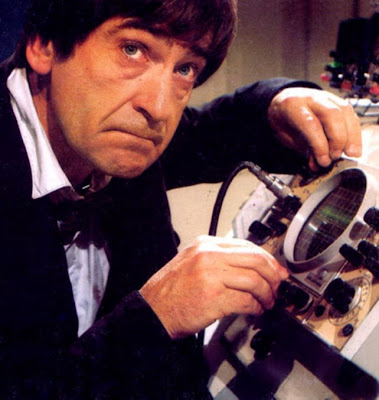 “I am not a student of human nature. I am a professor of a far wider academy of which human nature is merely a part.” 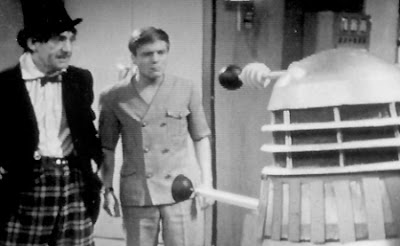 Patrick Troughton had the hard position of taking over the role from William Hartnell and immediately had to win the television viewers over.  If he did not get them to like him, and in a way, forget William Hartnell then the show was doomed to continue.  Luckily that didn’t happen and the show, as we know it, continues on to this day.  So that is something we should be very appreciative of Patrick Troughton for.  As his portrayal of The Doctor was that good that viewers continued to watch him week in and week out as he saved the universe from the usual threats as before.  I guess it didn’t hurt that he took on the Daleks in his first story also which was an added bonus. 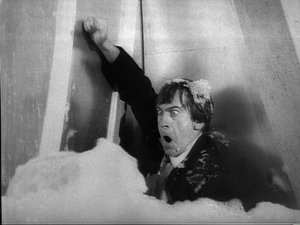 Patrick Troughton’s Doctor was referred to many times as “The Cosmic Hobo” which was a 180 degree turn from his predecessor’s tough as nails approach.  Patrick Troughton played that part magnificently as his comedic genius was pretty evident in his Doctor.  All you have to do is look at some of his facial expressions and you could tell.  Sometimes by not saying anything you can get your point across with a good facial expression and Patrick Troughton’s Doctor was good at doing that.   But his Doctor wasn’t just silly.  He was also dead serious at times and was short tempered also.  The Second Doctor could go from silly to serious in the blink of an eye.  The Second Doctor was a man of many ranges of emotion and all were present at any time during an adventure. 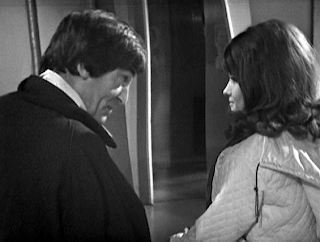 One of the greatest Second Doctor scenes comes from “The Tomb of the Cybermen.”  It takes place in the tombs with Victoria and they are talking about family.  The Doctor talks to her so sweetly grandfatherly like.  It is such a great scene and you see The Doctor open up about his past and his family to Victoria as she is finding it difficult to cope of her father’s death.  That scene in episode 3 is one of the best scenes in Doctor Who and Patrick Troughton’s performance makes it really special.


What is a real shame is that a majority of Patrick Troughton’s stories are missing and most likely will never be found.  That is a real shame as there were a lot of good stories and performances from Patrick Troughton’s Second Doctor that we will never see.   Stories like The Web of Fear, Power of the Daleks and The Enemy of the World will never be appreciated and we will not be able to marvel at how The Second Doctor was able to defeat The Daleks and Cybermen and other great monsters.  But we should be lucky to have the ones we have that are complete and completed with animation for the missing parts.  At least we have a handful of his stories to see how wonderful Patrick Troughton was as The Second Doctor and get a hint of how good his era was. 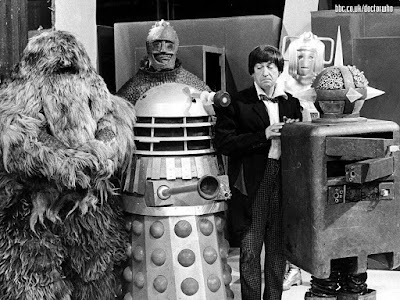 So here is to the Second Doctor.  A Doctor who made us laugh and protected us against the Quarks, Ice Warriors, Yeti and The Cybermen on his many adventures.  To the man who introduced us to the sonic screwdriver and a legendary man in Brigadier Lethbridge – Stewart.  Patrick Troughton was indeed The Cosmic Hobo who blended his brand of comedy with a serious streak and is The Doctor that current Doctor Matt Smith has based his Doctor on.  His era is one to cherish with the stories that we have left.  Cause basically without a great performance by Patrick Troughton as The Doctor there would not be a 50th Anniversary.
Posted by DR5WHO at 1:00 AM