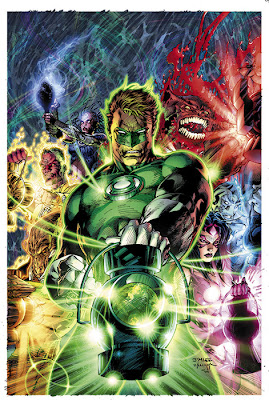 Popular DC Comics writer and long time Green Lantern writer since 2004's Rebirth Geoff Johns is leaving Green Lantern.  His 9 year run with the character will come to an end with issue 20 which he promises will wrap up everything and complete his story.

"I'm really proud of all the stuff we've built with Green Lantern — from Larfleeze to the different corps," Johns told The Associated Press. "It was more than just telling another story, but really giving back to the character by expanding and adding to their mythology."


Geoff Johns will continue to write Aquaman, Justice League and Justice League of America. There hasn't been an announcement on who will be taking over the book.