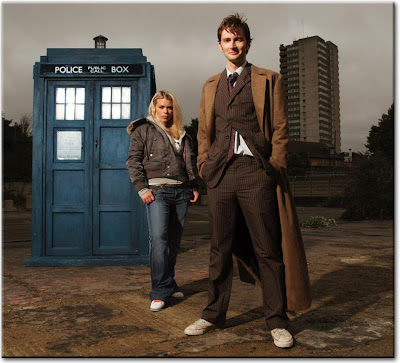 Blogtor Who has an article up stating that Doctor Who Magazine has confirmed that David Tennant and Billie Piper will be returning to Doctor Who for the 50th Anniversary.  He is a pretty accurate and a trust worthy site and never posts stuff that isn't true so this rumor is probably legit.  The article also says the special will be 90 minutes long and that John Hurt will be in it as well.  More news when the official statement is released and by the way Doctor Who Magazine comes out April 4th. Pretty exciting news if it is all true.

UPDATED 8:40 AM EDT
It is starting to make the rounds from reliable news sites and there is even a clipping of the magazine over at our friends Life, Doctor Who & Combom site. Its definitely official.
Combom Article http://www.combom.co.uk/2013/03/david-tennant-and-billie-piper.html
Posted by DR5WHO at 7:43 AM