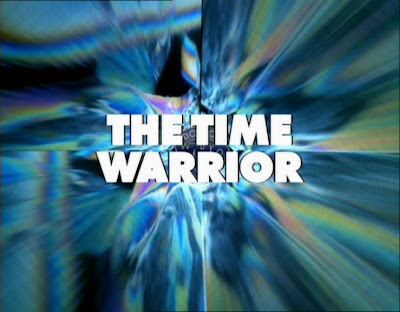 Doctor Who:
The Time Warrior
By Robert Holmes

“I've got it! It's one of those tourist places. A medieval castle all restored to its original condition, with jolly banquets and buxom serving wenches. That's it, isn't it? Mind you, I think you've overdoing the sordid realism a bit. I mean, I know things were a bit grotty in the Middle Ages, but, really, you might leave the tourists a bit of glamorous illusion.”

UNIT has been called in to investigate why scientist have been going missing from a top secret scientific research complex.   It appears the scientists have been disappearing without a trace and no one seems to know where they have gone to.  It seems like they have disappeared in thin air.  The Doctor makes a rhondium sensor to help him detect time signatures and alerts him if those signatures are present. While incognito The Doctor meets a journalist named Sarah Jane Smith who is using a pass that her Aunt has given her to use while she is away in America. 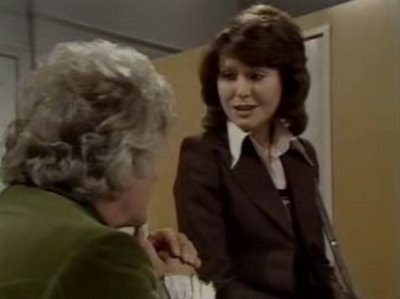 The Doctor also meets an eccentric scientist named Rubish who seems to like using the TARDIS as a chalk board to do use calculations on.   Unknown to The Doctor and The Brigadier the reason all the scientist are disappearing is that a Sontaran named Linx is using an Osmic Projector to move ahead in time to snag the scientists and bring them back to the Middle Ages.  Linx has crashed on Earth during the Middle Ages and is the guest of Irongron. Irongron is an evil ruler of his lands and is thirsty for war.  Linx has promised him weapons in return for a place to repair his ship.

The Doctor’s rhondium sensor detects Linx stealing another scientist this time being Rubish.  He quickly sets the TARDIS to follow the trail and to hopefully return the missing scientist.  Unknowing to him he has a stow away as Sarah Jane finds herself in the TARDIS and back into the Middle Ages also.  Sarah is in for a big shock when she realizes where she is and then accuses The Doctor of being the one responsible.   Hopefully with the help of Hal the Archer and Sarah Jane The Doctor can free the scientist and defeat Linx. 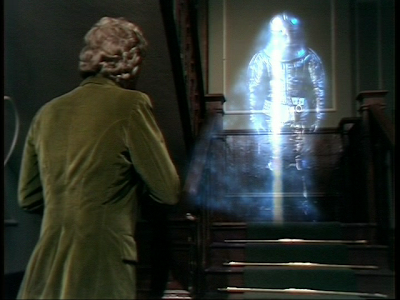 The Time Warrior is one of my favorite stories.  I just love the whole Middle Ages setting and the castles that are featured in this story.   Maybe it has to do with going to Renaissance Faires and that whole exposure to that time.  I do love how they attempt to attack the castle and run away from the stink bombs The Doctor has concocted.  Plus there is some decent sword fighting that makes it that much cooler. 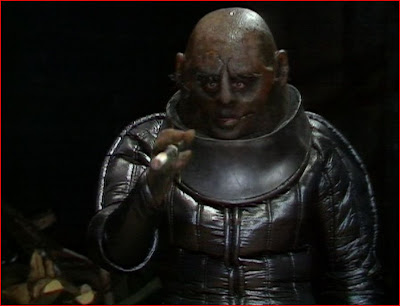 The Time Warrior has quite a bit historical aspects to it for Doctor Who.  In The Time Warrior we find out the name of The Doctor’s home planet.  Gallifrey is first used as the name of The Doctor’s home as he tells this to Sarah as they share a quiet moment.  It’s strange they waited so long to name the planet when they had ample times to reveal its name of Gallifrey in The War Games and The Three Doctors. 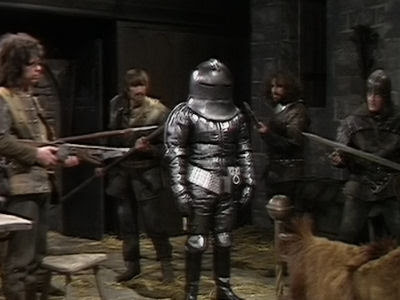 The Time Warrior seems to be a story of first as this story also introduces us to the popular Doctor Who villain the Sontarans.   This is the first time we see The Doctor take on the potato looking bad guys and what a really good debut story we get also.  They come across as ruthless and warmongering and not the caricature they appear to be now.  They seem threatening and an alien you should be aware of and be afraid of if you are an alien culture.  Not the butt of jokes as they have been made to be now.

Another first is the first appearance of one of the most beloved companions of all time. Elisabeth Sladen starts her 3 plus series on the show and solidifies her place in the hearts of many Doctor Who fans.   She starts off on the wrong foot but quickly redeems herself helping The Doctor defeat Linx.   The Time Warrior is the start of a special relationship that is far better than any other the Doctor has ever had including the ones with Rose and River Song. 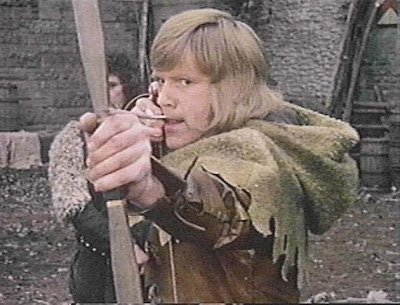 The Time Warrior is a good start to Jon Pertwee’s last season as The Doctor and also starts off with some good first appearances also.  The Time Warrior is a  true gem that should be watched again if only to see Boba Fett Jeremy Bullock taking out Linx with an arrow.
Grade B+
Posted by DR5WHO at 6:14 PM