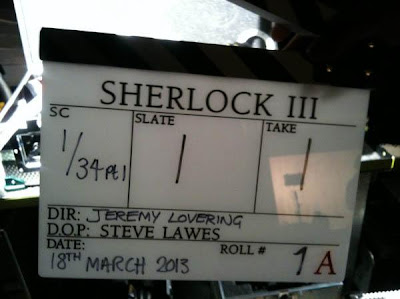 Mark Gatiss has revealed the title to the story he is written for Sherlock Series on twitter and the title is "The Empty Hearse" which is also the first episode of the new series.  For those who know Sherlock Holmes "The Empty Hearse" will be based on the classic Doyle story "The Empty House" which was used to bring back Sherlock Holmes after Sir Arthur Conan Doyle initially killed him off. So things are taking shape and its exciting times for Sherlock fans.
Posted by DR5WHO at 9:01 AM