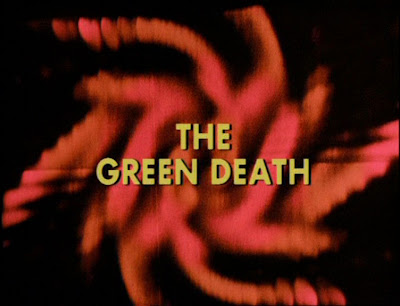 Doctor Who:
The Green Death
By Robert Sloman

“Stevens, listen to me. You've seen where this efficiency of yours leads. Wholesale pollution of the countryside. Devilish creatures spawned by the filthy by-products of your technology. Men walking around like brainless vegetables. Death. Disease. Destruction.”

A miner has died in the coal mine town of Llanfairfach which is in South Wales.  The problem with the miner who has dies is that he is now glowing green.  UNIT has been called in to investigate and The Doctor believes that it could be pollutants from Global Chemical.  Global Chemical seems to be run by a giant computer called the Boss.  The Doctor finds out that Boss runs the company and the man he uses as a figure head Stevens and is also responsible for pumping chemicals into the mine shaft. One of the ramifications of the chemicals being dumped into the mine is that it is infecting the maggots and making them humongous mutant killers. 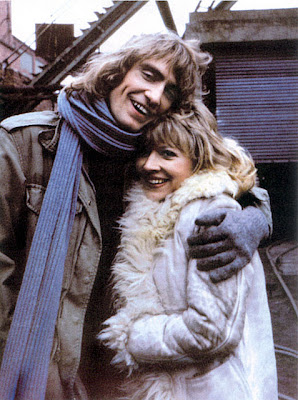 Jo ends up meeting a Cliff Jones at his Nuthutch and seems to have fallen for the hippy professor and his group of earth friendly scientist.  They mainly are looking for a new peaceful ways to help the Earth and have been protesting Global Chemical.  They also like to eat mushrooms and which as it turns out the fungus in them becomes vital later on as it is poisonous the maggots.  So it’s up to The Doctor and a certain crystal to help defeat the computer Boss and the giant maggots. 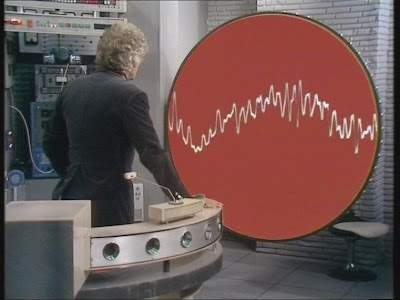 The Green Death is not one of my favorite stories. In fact I really dislike this story.   I find it extremely boring. Boring isn’t the word but it is the nicest word for it as The Green Death is one of those Doctor Who stories that makes me fall asleep.  If I ever have trouble sleeping I just put The Green Death into the DVD player and press play. In a matter of moments it does the trick and I am in dreamland. 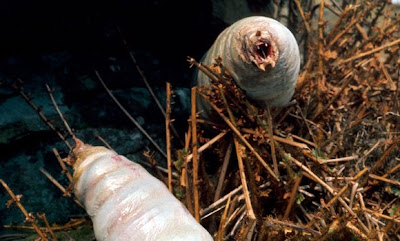 The story is also pretty comical also. I mean giant maggots terrorizing the Welsh countryside is quite humorous in itself.  The fact that they use maggots is a head scratcher and wonder if they could have found a scarier insect.  Flies and beetles come to mind.  But they went with maggots and maggots that metamorph into flies and dives bomb UNIT making them run for cover is actually pretty funny to watch also and just is so dumb when you think about it. 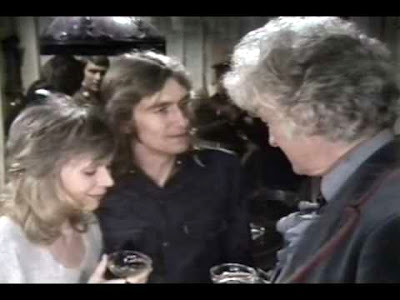 With all that said The Green Death does have one of the sadder scenes in the classic series.  The Green Death is Katy Manning’s swan song in Doctor Who as Jo Grant decides to stay behind and marry Cliff Jones.  The look on The Doctor’s face when Jo decides to leave him is really sad and you can see how hurt he was.  You knew it affected him deeply as he slipped out the back door got into Bessie and drove off into the sunset.  That is a classic scene and the only thing good about The Green Death.
Grade F