Doctor Who - The Bells of Saint John Review (WIFI Spoilers) 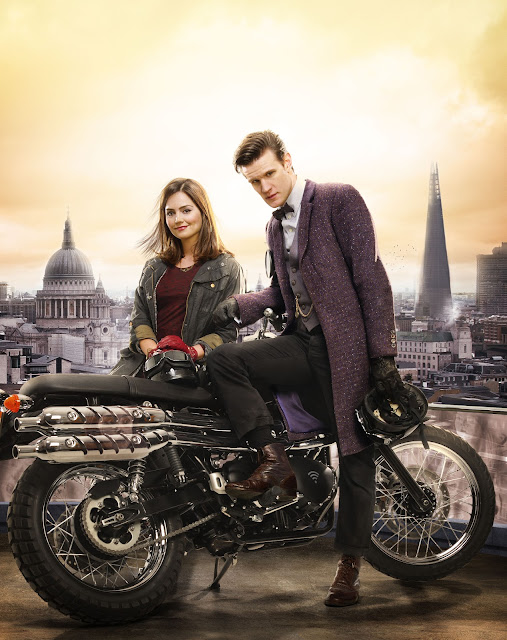 
“It’s a time machine. You never have to wait for breakfast.”


So here we are the return of Doctor Who after a little break and now we can look forward to new stories for the next eight weeks.  The Bells of Saint John is the first one that starts off all the excitement and after all the previews and interviews we now have had a chance to see the episode with high hopes that it will be great.  So did the Bells of Saint John get the ball rolling and get our excitement meter on high and greatly fuel our anticipation for the next seven stories or was it a gutter ball and have all the fans doing a collective face palm giving us that dreaded feeling of dismay that the next seven might not be up to snuff. 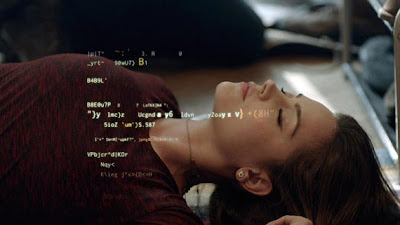 
The Bells of Saint John starts off with a warning about the WIFI. A warning that something is in the WIFI and if you click on the alien looking service you could be picked and then have your soul downloaded into the computer.  I found this aspect of the story to be really creepy and a tad spooky as it is something we use in everyday life more and more.   We us WIFI for laptops, phone, tablets and game consoles so it is everywhere and to have a way of getting to you through the WIFI and capturing your essence was really freaky and cool at the same time.  I just loved that aspect especially when you see all the faces on the screens on the wall which was just chilling to see. 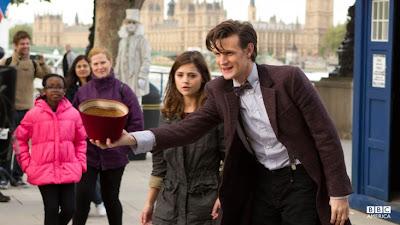 What was really good to see is how well Matt Smith and Jenna – Louise Coleman are together.  They have a great chemistry that was hinted at back at Christmas but you can really tell how well they gel in The Bells of Saint John.  It sort of reminds me of how well The Doctor and Donna, The Doctor and Sarah Jane and The Doctor and Jamie got along as you knew by watching them that there was a good bond and that the chemistry is just right and that is the impression I get from The Doctor and Clara so far in the early stages of the relationship.


I did like the Spoonheads as they are called.  Those were pretty freaky also as they look like people but once they turn their heads around they zap you into the computer or I should say upload you.   At first when I heard their names I just rolled my eyes and thought how stupid is this going to be.  Well they were all right and not as stupid as I thought.  They did have a creepy aspect to them and I can see kids cowering when they watched them in action especially when they came after Clara as the little girl from the book. 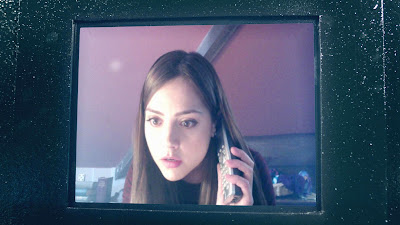 
I did like the way the story ended.  It wasn’t all reset buttons or sonic screwdriver solution either. It was The Doctor using his head and coming up with a solution.  I liked how he used The Doctor Spoonhead against Miss Kizlet who is the main protagonist of the story or so we thought.  It was pretty clever of The Doctor to use the Spoonhead version of himself and have it fly up the side of the building in its anti grav bike.  It was good to see their technology used against them and being hacked into releasing all the captured souls.  I was pretty satisfied with this and didn’t feel cheated at all about it.  The Bells of Saint John has a very satisfying conclusion to a pretty good story. 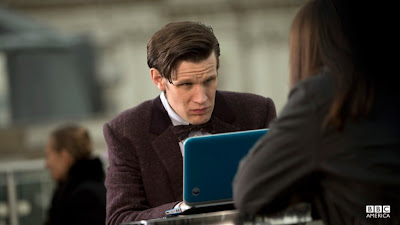 So in all The Bells of Saint John, or what really was the TARDIS phone, gets the continuation of the Series 7 started on the right foot with a freaky but good story to enjoy on repeated viewings.

Email ThisBlogThis!Share to TwitterShare to FacebookShare to Pinterest
Labels: doctor who, Doctor Who 50th Anniversary, Doctor Who Series 7, The Bells of Saint John