I Heard You Were Dead... Snake Plissken Trilogy 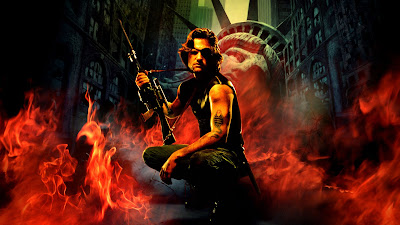 Yet another attempt at reviving the popular character of Snake Plissken is in the works.  Joel Silver (The Matrix, Executive Decision, Sherlock Holmes) is set to produce a planned 3 movie series for Studio Canal.

I feel this character is perfect for a return and there is really no way anyone could screw it up.... well, there was Escape From LA... Okay, then, hopefully they do a good job and cast the right person and write a solid story.

Snake Plissken is, of course, the character in John Carpenter's Escape From New York (1981) and was played by Kurt Russell - a tough act to follow.
Posted by SHADOKP at 4:45 PM