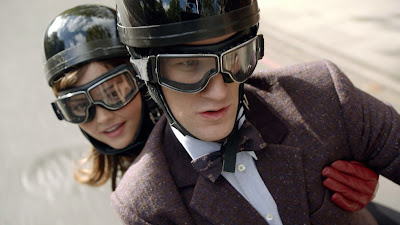 Doctor Who Magazine has released the confirmed the rest of Series 7 episode titles for stories 7 to 13 (episodes 1 - 6 aired in September and at Christmas)  while story 14 is still a mystery.  There was one story that had its title change and that would be the Neil Gaiman Cybermen story as it is no longer The Last Cyberman.  The first four we already know as we have seen the movie style photos for them.

Email ThisBlogThis!Share to TwitterShare to FacebookShare to Pinterest
Labels: 11th Doctor, doctor who, Doctor Who 50th Anniversary, Doctor Who Series 7