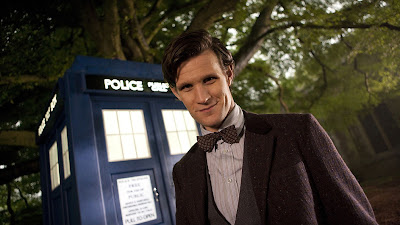 Announced today Doctor Who won an Institutional Peabody for evolving with technology and the times like nothing else in the known television. The Peabody is an award that recognizes the achievement and service by various broadcasters, cable and Webcasters, producing organizations, and individuals.   The award is part of the University of Georgia and is named after George Foster Peabody.
Posted by DR5WHO at 1:40 PM

Email ThisBlogThis!Share to TwitterShare to FacebookShare to Pinterest
Labels: doctor who, Peabody Award