Doctor Who Revisited - The Third Doctor 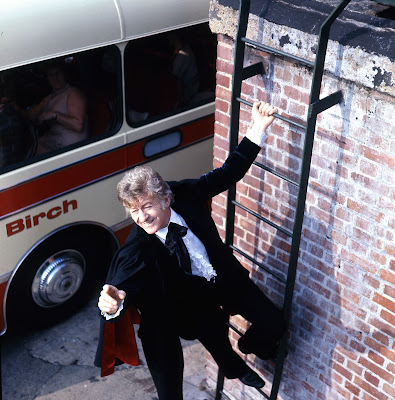 Spearhead From Space will air as part of BBC America's Doctor Who celebration.  Starting at 8pm on March 31 there will be a Third Doctor documentary followed by the debut story of the Third Doctor - The Spearhead From Space which is the first episode to feature the Autons, companion Liz Shaw and the UNIT team as regulars.  It is also the first Doctor Who episode in color and stars Jon Pertwee as the Doctor.

It is also the only story produced entirely on film!