Doctor Who 50th Anniversary: The Seventies 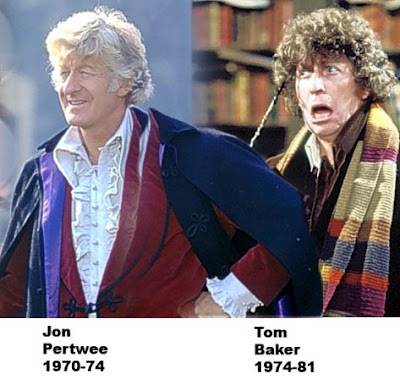 Ah The 70’s.  Oh how I don’t remember you.  It was the decade I was born in. It was the decade that Vietnam ended and unfortunately it was the decade that gave us disco.  Why god, why did disco come to fruition and why did the Bee Gees go to the dark side.  Speaking of the Darkside the 70’s also gave us Star Wars and the return of Star Trek with that very forgettable movie.  But for Doctor Who the 70’s was a decade of stability.  A decade where you knew, that on Saturday at tea time, you would be in for a treat. A treat brought to you by the two longest serving actors in the role.  Of course I’m talking about Jon Pertwee and Tom Baker.


Jon Pertwee heralded a different direction for the show.  Not only was the show being filmed in color but his Doctor was exiled to earth.  For his first three seasons the Third Doctor was earth bound and defended it against alien threats.  The UNIT years were quite different.  In fact you could look to those seasons as a precursor to shows like Fringe and The X- Files to name a few.  The UNIT years gave us some good characters like Liz Shaw, Captain Yates, Sgt. Benton and of course The Brigadier. 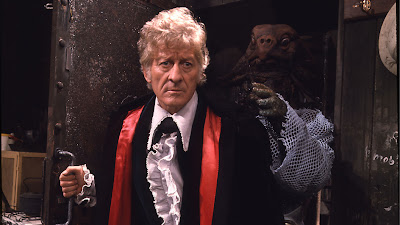 I really enjoyed watching the UNIT stories and seeing how The Doctor’s way of thinking would work against the military mind.  Watching him interact with The Brigadier and UNIT brought a freshness to the series that helped gain in popularity and helped in saving the show.  The UNIT stories are some of the finest stories in Doctor Who and it was fascinating to see how the people of Earth dealt with such threats before Torchwood and stuff like that.   The UNIT stories gave Doctor Who a chance to be more scientific and allowed The Doctor to use his brain more and come up with gadgets to help resolve the alien threat.  Something you do not see in the new series and something I would like to see make a return. 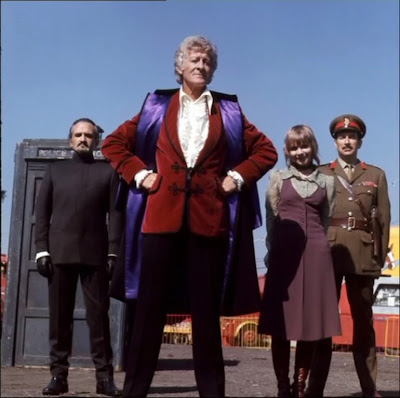 The Pertwee year’s was the first Doctor Who season that had a linking story line.  The Master Season or Season 8 gave us two of the better known characters in the stories history.  The obvious one was the Master played perfectly by Roger Delgado.  The second was Jo Grant.  Katy Manning was the Third Doctor’s main companion.  She was the perfect complement to Pertwees grumpy puss Doctor.  She had a way of making him smile and when she left you could see sadness in the Doctor’s eyes and you knew his hearts were broken. Jon Pertwee, Katy Manning and Roger Delgado made a pretty good team and watching them in a story together was something special as they had a great chemistry among them. 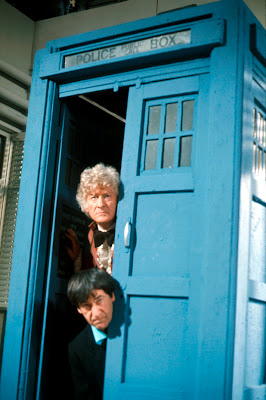 One of the best thing about Seventies Doctor Who was that the program celebrated its Tenth Anniversary.  That’s right The Three Doctors reunited the Third Doctor with Doctor’s One and Two.  They banded together to save Gallifrey from the threat of Omega.  Unfortunately William Hartnell wasn’t in good health so was regulated to being in the time bubble but the chemistry between Jon Pertwee and Patrick Troughton was just priceless and a true gem of Doctor Who’s history. The Three Doctors is an enjoyable anniversary story and fun story to watch over and over. 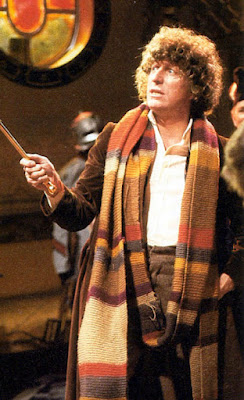 Tom Baker’s six of his seven seasons in Doctor Who took place in the Seventies.  Some say his era heralded some of the best stories in the shows history and looking back on them I’ll have to say they are right.  The Fourth Doctor was blessed with some great writers like Robert Holmes, Terrance Dicks and Douglas Adams to name a few.   With such stories like Genesis of the Daleks, Terror of the Zygons and Pyramid of Mars.  It was like falling into a treasure trove of great stories.  We’ll to be honest he did have some clunkers too like Meglos, The Horns of Nimon and Underworld.  Unfortunately you will have some clunkers while being in the show for seven years like he was. 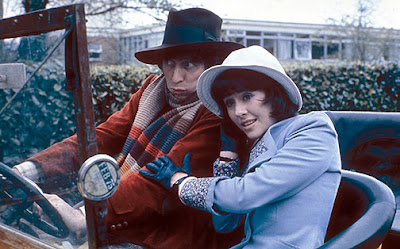 One of the true gems of Tom Baker’s Seventies stories was his relationship with Sarah Jane Smith.  Those two were the perfect Doctor and companion.   Their chemistry was just like gold a perfect blend of coffee or the nice combination of wine with cheese and crackers.  Perfect in a sense that you would have thought they would be together forever.


But that wasn’t to be as The Fourth Doctor had a slew of companions like the savage Leela, Harry,  Romana One and Two and the very unpopular Adric and for a short time Nyssa and Tegan who joined him during his swan song story.  But the one companion that is still popular today that was introduced during the Seventies was none other than K-9.  The metallic dog was a mainstay of the latter half of the seventies and caused more trouble with production than good. 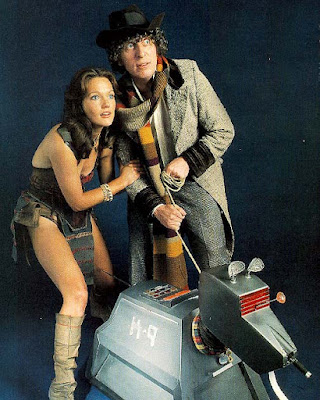 Tom Baker is the longest tenured Doctor so far and you can’t think about the 70’s and not think about his era. His portrayal of The Doctor is considered to be the best of all and even though he isn’t my favorite you can tell from his performances that his Doctor is indeed the best.  He brings a certain amount of zany alieness to The Doctor and can be deadly serious also.   Tom Baker is one of the reasons Doctor Who is celebrating a 50th Anniversary this year.  It’s because of his longevity and being so popular and being the first Doctor that many classic Who fans have seen attribute to the last appeal and was the hook or grab that got many fans hooked on the show.  At least it did for me.


The Seventies was a great decade for Doctor Who giving us fans some great stories, moments and friends along the way.  It also gave us some new villain’s to hate (or love) like Davros, The Sontarans, The Zygons, Sea Devils, Silurians and of course the Master.  It also gave us some returning baddies also like The Daleks and The Cybermen who make a return after both had long absences from the show. So for a decade that was full of strife and bad feelings at least Doctor Who gave us something to look forward to and made us very happy indeed.
Posted by DR5WHO at 12:00 PM