Doctor Who 50th Anniversary: The Monster of Peladon 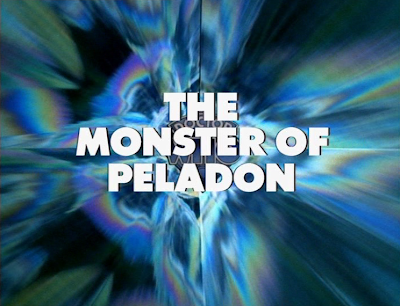 Doctor Who:
The Monster of Peladon
By Brian Hayles

The Doctor brings Sara Jane to Peladon but he gets the time wrong.  He has arrived 50 years later than when he was last there and King Peladon is dead and now his daughter Queen Thalira is sitting on the throne and she seems to have problems of her own.  The miners are feeling exploited by the Government of Peladon since the Federation is at war with Galaxy 5 and the demand for  trisilicate is in high demand the miners feel they have not been getting any improvements in their way of life.

Ettis gets the miners to rise up and strike against the Federation and they successfully seize the armory.   Things are getting really out of hand and Eckersley calls in Federation security force to help quell the strike and get mining of trisilicate back on track.  The Doctor is pretty suspicious of all the situations going around especially the statue of Aggedor appearing out of thin air.  Plus what has him worried the most is that the security force showed up awfully fast and now it appears The Ice Warriors and Eckersley may in fact be working for Galaxy 5. 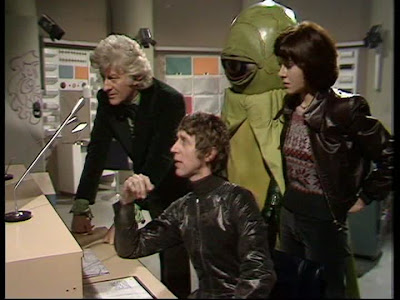 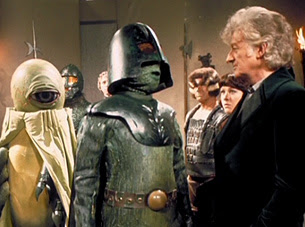 Unfortunately The Monster of Peladon is one of the stories that you can point at as an argument against six part stories.  It is dull, very boring and to long and filled with lots of capture escape stuff that being shorter it would have benefitted the story and probably been pretty decent.  If it was a four part story it would have been a lot better and probably not so dull. 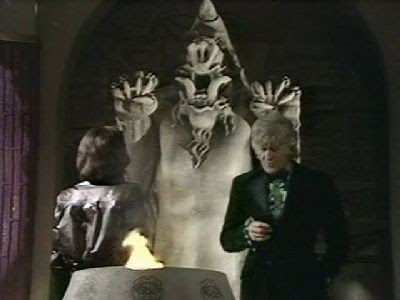 The Monster of Peladon does have a message that does cause it some redemption as it has a strong woman rights message to it.  It’s pretty obvious as Sarah tries and gets Queen Thalira to stand up for herself and think for herself and not let her male councilors make the decisions for her.  It was a very good change for the show and one that was long time coming. 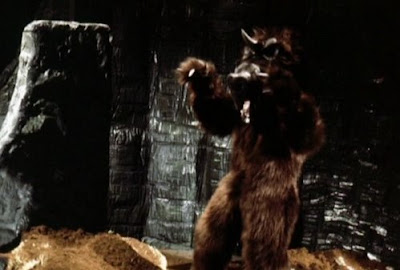 The Monster of Peladon was the penultimate story for the Third Doctor and unfortunately it wasn’t a very good one even though it had some good moments in it like The Doctor using the statue of Aggedor against the Ice Warriors.  But unfortunately that is about it as this story just wasn’t up to snuff.
Grade C
Posted by DR5WHO at 5:00 AM

Email ThisBlogThis!Share to TwitterShare to FacebookShare to Pinterest
Labels: 3rd Doctor, doctor who, Doctor Who 50th Anniversary, jon pertwee, The Monster of Peladon