Doctor Who 50th Anniversary: Planet of the Daleks 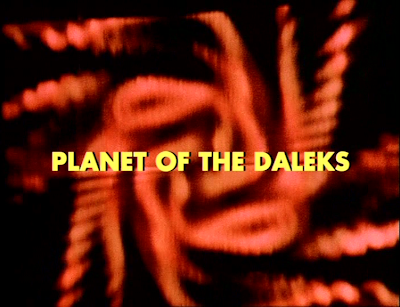 Doctor Who:
Planet of the Daleks
By Terry Nation

“The signal we intercepted was to Dalek Supreme Command. It stated that the force assembled on Spiridon was now complete. It gave their numbers. Well, somewhere on this planet there are ten thousand Daleks!”

After being wounded by the Master on the Ogrons planet the Time Lords send The Doctor and Jo to Spiridon after they received The Doctor’s message.  The Doctor lies down to heal up and tells Jo if anything happens to record it in the log.  Jo thinking that The Doctor needs medical help goes out of the TARDIS in search for someone to help her.  She runs across a spaceship that appears to have been abandon when she encounters a group of Thals.  The Thals decide to help her out and head for the TARDIS to get The Doctor but tell her to stay at the ship.

The Thals find The Doctor and tell him they are on a mission.  They need to stop the Daleks from gaining the ability to be invisible which they can get from the Spiridons who are native of the planet.  Plus there is a lot more going as The Daleks are developing a killer virus that will kill everything on Spidiron and the prospect that there are more than 10,000 Daleks in suspended animation that will be released against the universe in the plot to take over the universe. 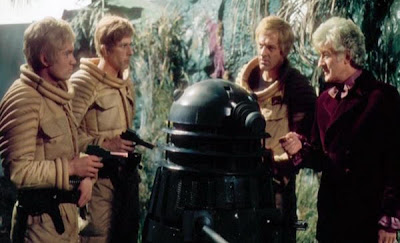 Terry Nation returns to Doctor Who with Planet of the Daleks and in true Terry Nation style gives us a story with a lot going on.  You have the Thals trying to stop the Daleks, The Daleks making a killer virus and also planning to revive their massive army and you have Jo hanging out with the Spiridons finding stuff out. 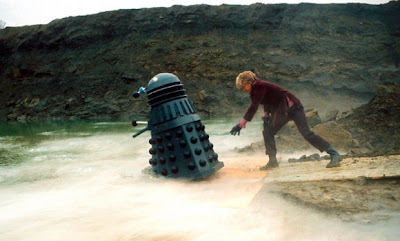 This isn’t a bad Dalek story but it could have been a lot better if it was shorter.  At six episodes long it suffers from the proverbial filler treatment which is one of Doctor Who’s biggest weapon to make stories longer and that is to add episodes to stories to make them longer to make them fit in the schedule.   Planet of the Daleks is one of those stories that would have benefitted from being shorter. 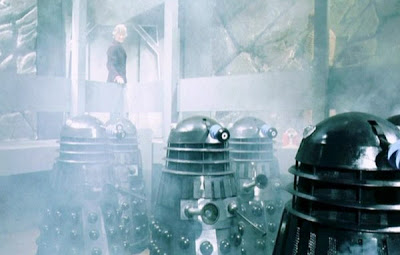 In a funny way I kind of enjoy watching this story despite its short comings of being filler material.  I enjoy the way the Spiridons walk around wearing those purple Yeti coats.  That’s what they look like to me. Like purple Yeti costumes to match Jon Pertwee’s purple outfit.  Whats funny is that he was able to change his clothes after getting injured by The Master. He wore green in Frontier in Space. 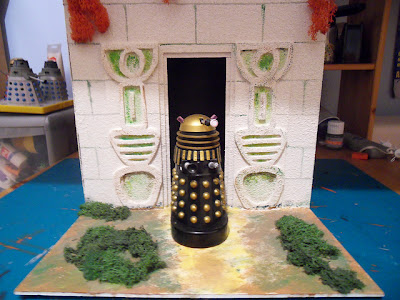 I also thought it was cool to see one of the movie Daleks in Planet of the Daleks.  The gold and black supreme Dalek was used and was originally used in the Dalek Invasion Earth 2150 movie.  I also like the Dalek miniatures that they used in the story. Funniest part was seeing them get drowned in the ice water.   This story also had Bernard Horsfall who passed away this year in it. It was one of his many Doctor Who appearances during the 60’s and 70’s and he was always a great guest star on the show. 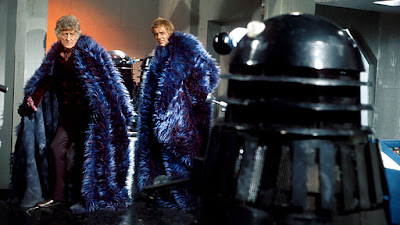