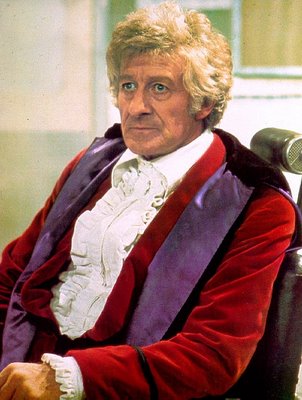 Now we turn our attention to the Top 10 3rd Doctor stories played by Jon Pertwee.  His Doctor was the first one to have his shows filmed in color and plus a majority of his stories were Earth bound as the 3rd Doctor was exiled on Earth. So here we have what I believe are the ten best Jon Pertwee stories. 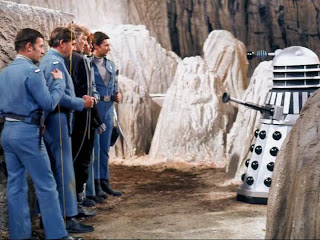 10.  Death to the Daleks
Written By Terry Nation
Directed By Michael Briant
Why It’s In The Top 10:


Well why indeed is it in my top 10?  Well it is a guilty pleasure of mine.  It’s not a bad story on a whole but it does have its moments of face palm.  One example for instance when the Exillions capture Sarah Jane. Oh well the Exillions are a tad comical.  Plus it has Daleks in it and was written by Terry Nation and has a really good mystery and puzzle in the city and watching The Doctor figure it out is really cool to watch.  It’s also funny seeing The Daleks using guns that fire bullets instead of their usual ray guns. 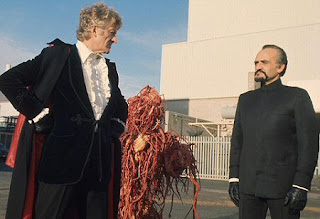 9.  The Claws of Axos
Written By Bob Baker & Dave Martin
Directed By Michael Ferguson
Why It’s In The Top 10:


A classic Master story that sees him teaming up or actually being the prisoners of The Axons.  It is your classic Doctor Who monster from space invasion story with UNIT defending the Earth at a power plant.  It is also a time we see The Doctor turn his back on his friends and considers leaving earth to travel with the Master or does he.  Like I said The Claws of Axos is a classic Doctor Who monster invasion story with a few twists added in. 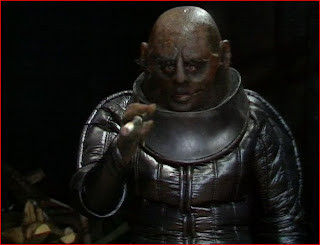 8.  The Time Warrior
Written By Robert Holmes
Directed By Alan Bromly
Why It’s In The Top 10:


It is the story of many firsts.  We have the first appearance of the Sontarans.  The war like race makes a pretty good debut as Linx steals scientists from the future to help repair his ship that has crashed during the middle ages.  The Time Warrior is also the first time Gallifrey is mentioned as the name of The Doctor’s home world.  But more importantly The Time Warrior is the first story for Sarah Jane Smith played brilliantly by Elisabeth Sladen.  She makes her debut and captures the hearts of many classic Doctor Who fans but her first impression isn’t one of good intentions at first. 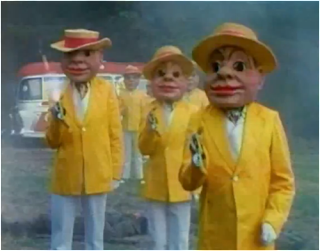 7.  Terror of the Autons
Written By Robert Holmes
Directed By Barry Letts
Why It’s In The Top 10: 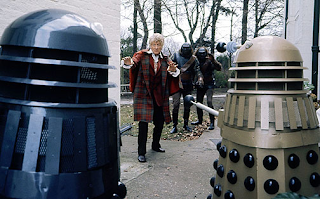 6.  Day of the Daleks
Written By Louis Marks
Directed By Paul Bernard
Why It’s In The Top 10:


Day of the Daleks is a pretty cool and different type of Dalek story.  The Daleks have invaded Earth in the future and a band of rebels travel back in time to prevent it from happening.  The cool thing is that the rebels are the cause for the Daleks invading and have created a paradox.  This is a pretty cool story as we see the Brigadier and UNIT battling the Daleks in a pretty good gun fight. 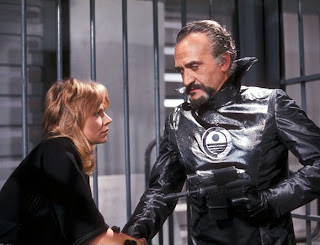 5.  Frontier In Space
Written By Malcolm Hulke
Directed By Paul Bernard
Why It’s In The Top 10:


The last time Roger Delgado plays The Master and sadly it is one of his best performances during his tenure.  It is also the story that has Jon Pertwee’s favorite monster the Draconians.  He likes them because you can see the eyes and their mouth moves and you can see the features in the face.  It also has a pretty good surprise twist as the Daleks make an appearance in the concluding episode.  Frontier in Space is a really strong story of cat and mouse and one of the best of the Third Doctor’s era. 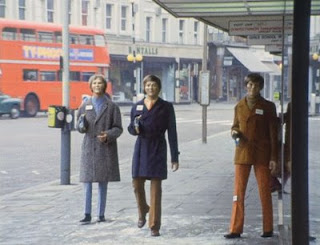 4.  Spearhead From Space
Written By Robert Holmes
Directed By Derek Martinus
Why It’s In The Top 10:


The first appearance of the Third Doctor is one that is well write and fun to enjoy.  The Autons make their first appearance and are a formidable foe for the new Doctor as the try to take over the Earth by building an army out of plastic.  The Nestenes are using a plastic factory as a base and have made duplicates of government officials.   Spearhead from Space also ushers in a new era for Doctor Who as The Doctor begins his exile on Earth and has adventures protecting the Earth with UNIT and works as the Brigadiers scientific advisor. 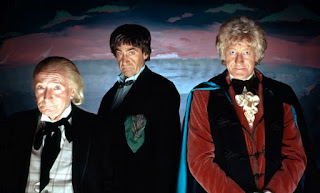 3.  The Three Doctors
Written By Bob Baker and Dave Martin
Directed By Lennie Mayne
Why It’s In The Top 10:


It’s the first multi Doctor story and the Tenth anniversary special.  The Three Doctors is a great celebration story and you get great moments watching Doctors Two and Three bickering and working together.  It is also the first appearance of Omega and we learn more about Time Lord history and how they achieved time travel. It’s just an all-around great story and one that still holds up well today. 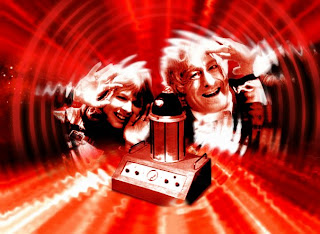 2.  The Mind of Evil
Written By Don Houghton
Directed By Timothy Combe
Why It’s In The Top 10:


The Mind of Evil is a story that I can see happen if it was made today.  The themes and situations that are in it seem perfect for today’s world.  The Chinese and US as the two main powers trying to come up with an agreement to avoid war is not that unbelievable.  The hijacking of a missile that has chemical or nuclear capabilities is truly believable especially with all the terrorist threats in the world.   Plus The Master is in it as Roger Delgado gives us another wonderful performance. 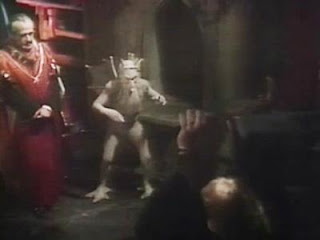 1.  The Daemons
Written By Guy Leopold
Directed By Christopher Barry
Why It’s In The Top 10:


The Daemons is the ultimate UNIT and Master story.  It’s an all-around great story with everyone in the UNIT family playing an integral part.  You have The Master using black magic and witch craft to try and gain knowledge and power from the alien Azal.   The story is fun to watch and really well written.  I just love how all the aspects they put into it came together and worked. Best part was seeing The Master getting captured by The Doctor and UNIT and the look of defeat on The Masters face tells it all.  Jon Pertwee is exceptional in The Daemons and I believe he gives us his best performance as The Doctor.  The Daemons is clearly the best story and one of the best all time in Doctors Who’s history as it is just one of those stories that they got right.
Posted by DR5WHO at 7:05 AM