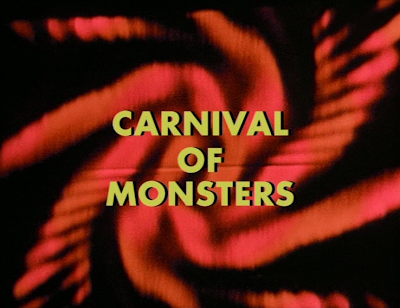 Doctor Who:
Carnival of Monsters
By Robert Holmes

“Roll up and see the monster show! A carnival of monsters, all living in their natural habitat, wild in this little box of mine. A miracle of intragalactic technology! Roll up! Roll up!”

The Doctor free from his exile ends up arriving on a ship in the Indian Ocean that Jo seems to think does not look like Metebelis 3 a place The Doctor was hoping to land on.  Soon after exploring the ship they are arrested for being stowaways.  The Doctor notices that there is something strange going on.  For one there is a metal plate on ship from the 1920’s and since its always supper time it should be dark out.  Then there is the dinosaur that keeps making an appearance in the ocean and well that positively should not be in the Indian Ocean in the 1920’s.

To make matters worse The Doctor will soon find out he is trapped in a Miniscope. A Miniscope is a device that shows creatures in their habitat but they are trapped in a kind of timeloop thing to preserve them.  But that isn’t the worse part as also inside the Miniscope is the Dragshigs.  The Dragshigs are an unrelenting creature that hunts by smell and they never give up as The Doctor and Jo will soon find out. 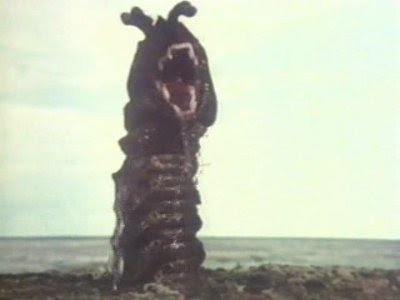 I did not like the scenes on the planet Inter Minor.  It was really more or less the typical politician afraid of different and new things and of course the same if it’s different than us it must be bad theme.  Not a bad message to beat the drum for as it is an important point to make but in Carnival of Monsters it seemed more of a caricature than anything else.  At least Davros himself Michael Wisher was there to give it some credibility.  Those sequences between the Vorg and Shirna and the Inter Minor aliens of Kalik, Orum, and Pletrac just were not good in my opinion. 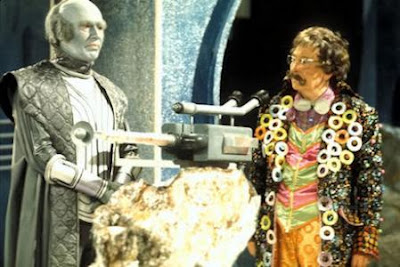 Carnival of Monsters also had a guest star that would end up being a future companion.  Ian Marter played John Andrews who was part of the crew for the SS Bernice.  It was good to see him playing someone else besides Harry Sullivan and seeing him getting knocked out by The Doctor.  Well Ian did get one good lick in. 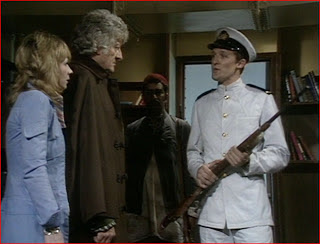 Carnival of Monsters is not one of my favorite Robert Holmes stories and, well, you cannot like every story that your favorite classic writer from Doctor Who writes and this is that one since thankfully The Space Pirates is missing and probably will never be able to see it thankfully.

So Carnival of Monsters is not one of my favorites but not really one I hate it is just pretty mediocre.
Grade C
Posted by DR5WHO at 1:51 PM