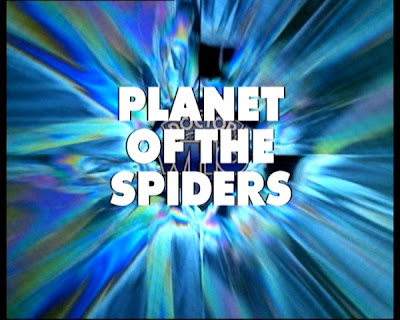 Doctor Who
Planet of Spiders
By Robert Sloman

The Doctor has received a package in the mail from Jo.  She has returned The Great Crystal because it was giving her a bad vibe and sent back to him to sort out.   The Doctor and Brigadier go and see clairvoyant Professor Herbert Clegg and have him look at the crystal. That idea back fires on The Doctor as Clegg sees images of giant spiders and ends up dying from a fear induced heart attack.

Meanwhile at a Buddhist meditation clinic Mike Yates suspects that a group is meeting secretly in the cellar and trying to conjure up something to give them great power.  Mike asks Sarah Jane to help him out and after almost getting run over by a hallucination of a tractor.  Sarah and Mike then sneak into the cellar and watch what is going on when they see a giant spider materialize.

It appears both events are connected as the Spiders of Metabillis 3 want the great crystal so the Great One can achieve great mental power and rule over everything.   The Doctor has to try and find a way to stop the spiders and to free the two legs from being slaves to the spiders.  Unfortunately what The Doctor ends up doing might cost him his 3rd incarnation and cause him to regenerate. 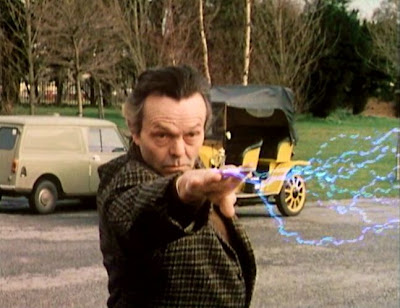 The Planet of the Spiders is a great send off for the second longest tenured Doctor.  It is one of those classic stories that incorporates everything that the Pertwee era has.  It has the UNIT aspect as half the story takes place on Earth with the UNIT guys trying to stop the Spiders agent Lupton from stealing the great crystal.  This is the part of the story I liked the most as I enjoyed Jon Pertwee’s Earth bound adventures better than the ones on another planet.  There was a certain charm watching that and he made more gadgets to help save the day. In the case of The Planet of Spiders we have the Who Mobile.  I love this vehicle ever since it was in Invasion of the Dinosaurs. 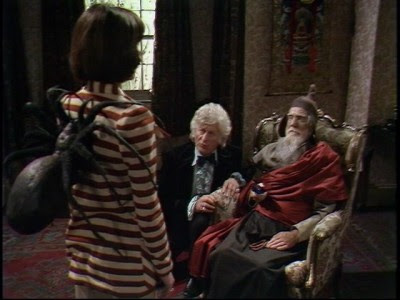 The sequences on Metabillis 3 I thought were not as good as the scenes on Earth but they weren’t bad either. Unfortunately it was the society being enslaved by a superior race and were trying to find a way to get its freedom.  It is a concept that has been done to death in 70’s Doctor Who and done quite a lot during the Pertwee years.  So by this time you are tired of it but it does help add filler to the story and brings up some good moments and things we never knew about The Doctor like being afraid of The Great One. 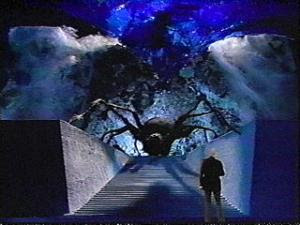 It was good to see Mike Yates redeem himself after he turned traitor in Invasion of the Dinosaurs.  Mike Yates has been a big part of the Pertwee years and it is good to see him go out as a good guy.  Plus Planet of the spiders has a pretty good chase scene in it.  I love how they used all different types of vehicles and ended up flying in the Who Mobile.  It was just a fun sequence to watch and did define Pertwee as the man of action. 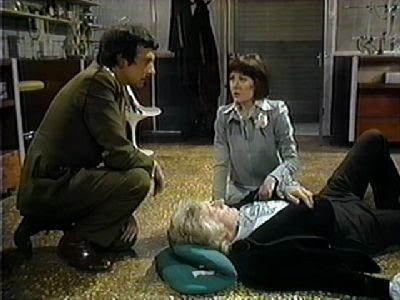 Planet of Spiders is one of the better stories to end a Doctor’s era.  It is a pretty good way for The Doctor to sacrifice himself by facing his fears and being true to himself.  Jon Pertwee gives us one last great performance as The Doctor and gives us one of the best last lines in the show’s history.  It ends and era on a high by using all the elements that made his era memorable.  A fitting send off for the Third Doctor
Grade B
Posted by DR5WHO at 2:00 AM