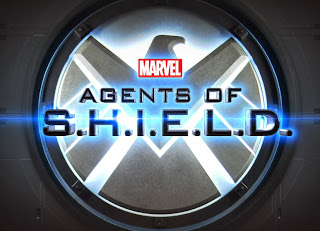 Initial Thoughts – This was my most anticipated new series of the season. Anything connected to the Marvel Avengers universe right now continues to do no wrong and in my book, this show was destined to be great because of this and the fact that Joss Whedon is involved.

The Plot – The idea seems sound and the execution so far ranges from superb to average. The character development is shaky and while each of the primary cast has improved, there is something missing in this series. The constant reference to The Avengers and such can get annoying at times (Yes, we do know this takes place in the same Universe) and the characters have yet settled down enough to really fit the series – this is surprising for a Whedon production. The show is not that far off and has been getting better of late.

The Highlights – there are many moments where the potential for this show shines through. May (Ming-Na Wen) is one of the better characters and despite hearing a lot of online negativity, I like Sky (Chloe Bennet). There has not been an impressive bad guy but Raina and the group of people working with her have begun to become interesting.


What's Next? - More of Raina and more of the many hanging plot threads will keep some people interested but I think the series has yet to have an excellent episode to really get things rolling. The show seems to formulaic and uninteresting at times so it needs to shake things up a little and just have a string of excellent stories. The ratings have steadily declined since its debut, never living up to its initial high start.

Email ThisBlogThis!Share to TwitterShare to FacebookShare to Pinterest
Labels: Agents of S.H.I.E.L.D