Doctor Who - Farewell Matt: The Name of The Doctor 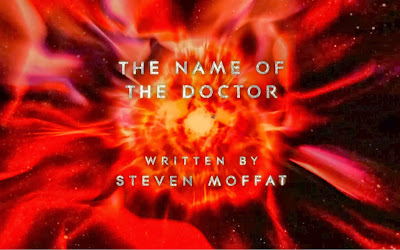 Doctor Who:
The Name of The Doctor
By Steven Moffat

“Look, my name, my real name, that is not the point. The name I chose is the Doctor. The name you choose, it's like, it's like a promise you make. He's the one who broke the promise.”

The long anticipated and leaked story, thanks to a BBC America Shop error, of Series 7B finale was one that opened up a big can of worms that gave us plenty to speculate about until November 23rd.  The Name of The Doctor takes place at the location where The Doctor should never go. A place called Trenzalore and what mysteries will be revealed there and will they have repercussions to Doctor Who history. The Name of The Doctor also promises to reveal the secret behind Clara.   Lots of things going on in this story including a new villain and an old villain we have seen twice before this series.  So did The Name of The Doctor give us the goods or was it another disappointing series finale that has been the norm to often with Doctor Who. 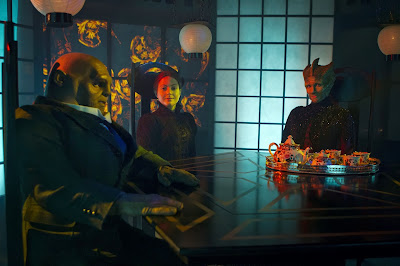 I have to say that this was a pretty good series finale for the 7th series and one of the best since its return in 2005.  Usually they have been let downs and haven’t lived up to the hype surrounding them.  They usually refer to cheap theatrics that don’t have anything to do with the story at all like Dalek Caan saying one will die when no one did.  The title to this story is also a ploy to get people to watch and speculate either happily or angrily at what The Doctor’s name could be or if Steven Moffat will actually reveal what it is. Thankfully that is still a secret but the name is heavily featured and does take on some importance in the closing minutes. 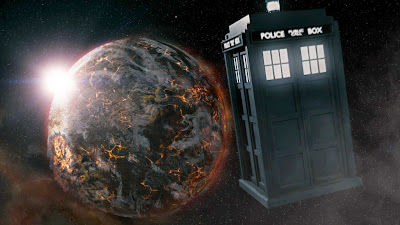 Lately when Steven Moffat has given us a story especially a series finale it is filled with every character imaginable.  This time he does have all The Doctor’s friends from the Victorian age Vastra, Jenny, Strax and of course River Song is in it but it doesn’t feel all that crowded.  They serve a purpose as bait to get The Doctor to Trenzalore and a confrontation with The Great Intelligence.  In fact they are handled really well and I have grown to enjoy seeing them popping up from time to time since we saw them return in The Snowmen.  In fact I would not mind them getting their own spinoff someday.

I really liked The Name of The Doctor.  Not only was it a pretty good story but it was one of the best in a long time from Steven Moffat.  I was entertained to the fullest and was intrigued by the events that took place.  We discover what Clara is as she saves the Doctor’s timeline from being corrupted by The Great Intelligence.  We get the answers to why she was at the Dalek asylum and in Victorian London.  The answer is pretty satisfying as she was born to save The Doctor’s timeline.  It was a pretty neat idea if you asked me and it was cool seeing how Clara did it at the Doctor’s tomb.   The Impossible Girl has been solved and I sure did not figure that one out. 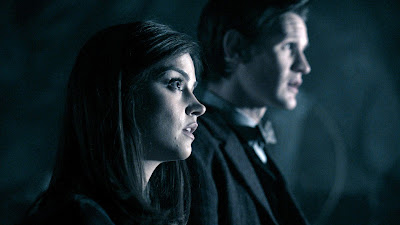 Matt Smith was brilliant in The Name of The Doctor as he brought out tons of emotions including crying which you hardly see The Doctor do at all.  What an emotional scene it was when Clara tells him and he figures its Trenzalore and just brakes down.  Matt Smith really gels when he does the super serious stuff and just gives The Doctor a vulnerability that is not something we are accustomed to seeing and which is good to see from time to time.

I really liked the darkness of this story and thought The Whisper Men to be pretty creepy and scary.  Loved the way they talked and the noise they make.  Steven Moffat does come up with some pretty cool villains and The Whisper Men is another cool one from him.  I just liked the way they looked dressed up as a Victorian Gentlemen as that just added to the creepiness and I can see a lot of children being afraid of The Whispermen. 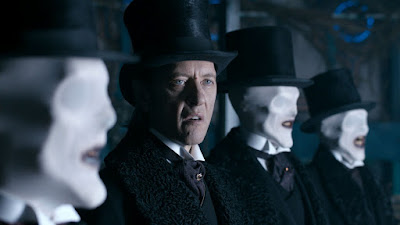 River Song did not bother me in this story as she was toned down more or less and wasn’t over the top and annoying as she has been lately.  It was a nice touch seeing her as the dead River Song and having the Doctor say a certain thing in the only way the Doctor could.  She added a good aspect to the story as she was pretty much a narrator to Clara letting her know what was happening in a roundabout way.

What really did it for me was seeing all of the past Doctor’s especially William Hartnell as the First Doctor.  We see him escaping Gallifrey with Susan which was a treat as that has never been done before and it was a fanboy moment seeing how this 50 year old story got started.  In fact I really loved seeing all The Doctors running around even if they were old clips from the show.  It is the 50th Anniversary and it was a great nod to us old guard fans who grew up on the classic series.  What was even better was the excitement from my son in seeing the old Doctors as he named them all and was happy to see them.  Truly a great moment and handled in the right way and not feeling forced into the story. 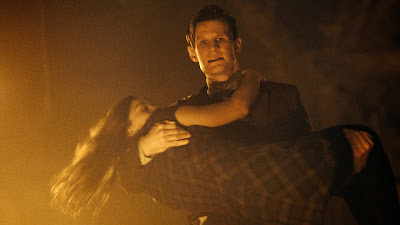 I really loved the surprise ending.  Social network like Twitter, Facebook and Tumblr was all abuzz with the appearance of John Hurt as The Doctor.  What a cliffhanger for the 50th Anniversary special and fandom was in a tizzy over it and the speculation over what that last bit of dialog meant sure made the summer months interesting.  We did find out on November 23rd 2013 what it all means and it sure left a lot of fans scratching their heads over it. 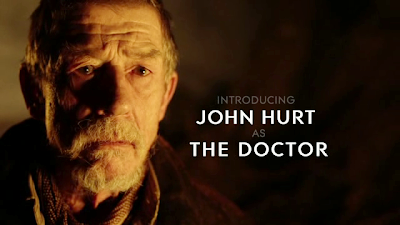 Email ThisBlogThis!Share to TwitterShare to FacebookShare to Pinterest
Labels: 11th Doctor, doctor who, Matt Smith, The Name of The Doctor