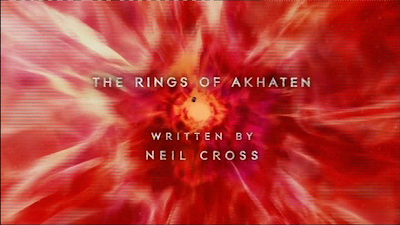 Doctor Who:
The Rings of Akhaten
By Neil Cross


“Can you hear them? All these people who've lived in terror of you and your judgement? All these people whose ancestors devoted themselves, sacrificed themselves, to you. Can you hear them singing? Oh, you like to thing you're a god. But you're not a god. You're just a parasite eaten out with jealousy and envy and longing for the lives of others. You feed on them. On the memory of love and loss and birth and death and joy and sorrow.  So, come on, then. Take mine. Take my memories. But I hope you've got a big appetite, because I have lived a long life and I have seen a few things. I walked away from the last Great Time War. I marked the passing of the Time Lords. I saw the birth of the universe and I watched as time ran out, moment by moment, until nothing remained. No time. No space. Just me. I walked in universes where the laws of physics were devised by the mind of a mad man. I've watched universes freeze and creations burn. I've seen things you wouldn't believe. I have lost things you will never understand. And I know things. Secrets that must never be told. Knowledge that must never be spoken. Knowledge that will make parasite gods blaze. So come on, then. Take it! Take it all, baby! Have it! You have it all!”


The Doctor asks Clara where she wants to go and she replies that she wants to go somewhere awesome.  So he takes her to The Rings of Akhaten which is part of a seven planet solar system and the species believe all life started on a small planet in their system.  The pair goes on to explore the marketplace and Clara is exposed to all sorts of different alien races.  Clara meets a young girl named Merry who is the Queen of Years and she is afraid of singing a song to the Grandfather.  Clara convinces her to go back and do what she has to and that everything will be fine. But everything isn’t fine as Merry makes a mistake with the song and the gods are angry and The Doctor and Clara must come up with a way to save Merry and everyone else on Akhaten. 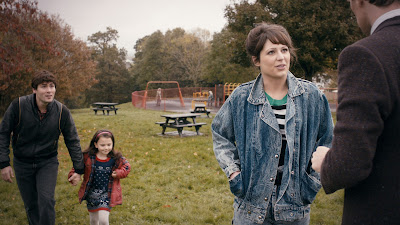 After the good start to the continuation of Series 7 with “The Bells of Saint John” we are treated to “The Rings of Akhaten” by Doctor Who newcomer Neil Cross who is in fact the creator and head writer for the crime series Luther.  A highly critical acclaimed series and one of the BBC’s top shows and one that is really good in my opinion.   So now he turns his attention to science fiction and more importantly to Doctor Who. Will his story for Series 7 be a good one or should it be booked for bad television. 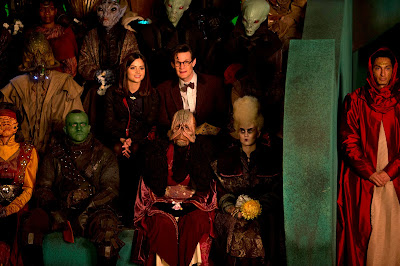 I did not care for The Rings of Akhaten.   This story had some moments that I liked, that great speech for instance, but on a whole I did not care for it very much.  What I really hated about this story and it is really one of the main things that really infuriate me about new Doctor Who is the constant use of the sonic screwdriver.  The Rings of Akhaten is a big time abuser of the sonic as the Doctor uses it way too much.  The Doctor uses it to keep the rock door up so they can save Merry and he uses it to make a force field to keep them from the creatures that are in charge of the Queen of Years. I mean the sonic screwdriver is starting to be like Harry Potter’s wand or a weapon from Batman’s utility belt.  Can’t The Doctor use his intelligence anymore?

I did enjoy the background story on Clara.  The story of how her parents met and why she carries that book around and the mystery surrounding the leaf was the highlight of the story.  It added a lot to her character and her relationship with her mother who we find out has died. Another aspect that I liked about it was how The Doctor was spying on all of it trying to get a hint or some clue to who Clara is. It is clear that Clara is far different than Amy and knowing more about her past makes Clara more like a normal person and more down to earth than the neurotic red head. 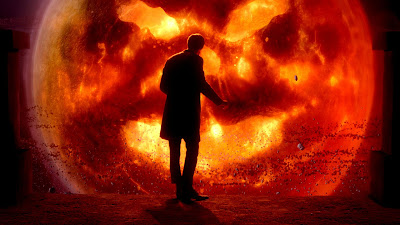 At times in Doctor Who a great actor can make a really bad story into one that is decent.  Matt Smith does just that with his magnificent speech to the Old God.  That was one of the best performances I have seen by an actor who has played The Doctor.  It was so strong and full of emotion that it resonated through the TV and touched you emotionally.  A very powerful performance and delivered brilliantly by Matt Smith.  That scene where The Doctor confronts The Old God is one of the best moments by Matt Smith in the role of The Doctor. 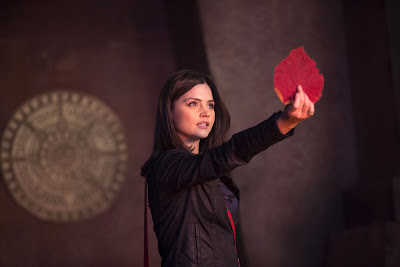 While I wasn’t enamored with the story and thought the overall story was kind of bland, to steal a Terrance Dicks description,  and slow I was for the most part entertained and enjoyed seeing all the different alien races in the marketplace.  But I felt that the overuse of the sonic spoiled what could have been a better story. There were aspects of the story I did like very much and thought this story could have been better.  So after saying all that I thought The Rings of Akhaten was a mediocre story at best with some really good moments but not by far the worse story ever.

Email ThisBlogThis!Share to TwitterShare to FacebookShare to Pinterest
Labels: 11th Doctor, doctor who, Matt Smith, The Ring of Akhaten