Doctor Who:
The Angels Take Manhattan
By Steven Moffat

Well here we are the big farewell to Rory and Amy Pond and the story filmed in New York City that was the most anticipated story of 2012.  In a mini season of five stories with one pretty good, one average and a couple that were less than stellar.  Well I had been looking forward to this story and had some high hopes that Steven Moffat would spin a gem and give Amy and Rory a proper send off. 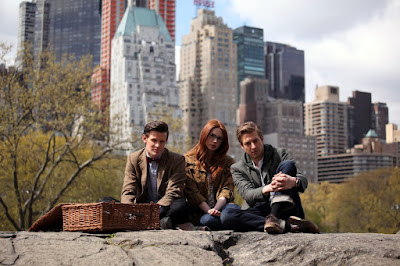 Just like the expression “saving the best one for last” that is exactly what has happened here during the first five stories of the split Series 7.   I just liked they whole concept of the story.  From the book to River and how Rory and Amy’s exit it just seemed to fit and work nicely.  Plus how scary was this story.  It seemed like the Weeping Angels were around every corner. 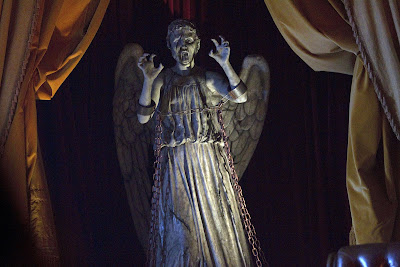 I have to hand it to Steven Moffat.  The Weeping Angels are sure one of the scariest Doctor Who villains ever created.  With the exception of the Statue of Liberty Angel, I thought that was lame, I thought all the different types of statues coming to life were freaky.   Freaky and I truly loved it.  Just think if you are a child walking past any statue now and being truly frighten of them.  In fact just walking past a statue now will give you the shivers. 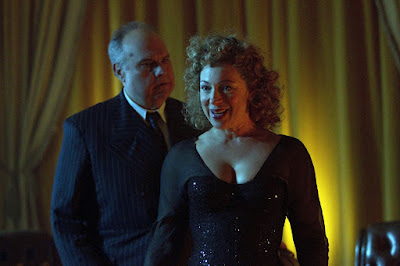 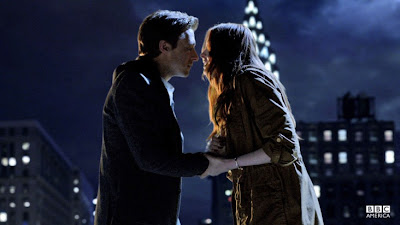 At one point he sees his two friends kill each other by jumping off the building in hopes of causing a paradox.  Then seeing The Weeping Angel in the cemetery sending Rory back in time and then pleading with Amy not to go and then seeing her being sent back in time had to be heartbreaking for him.  You had to feel for The Doctor at that moment. 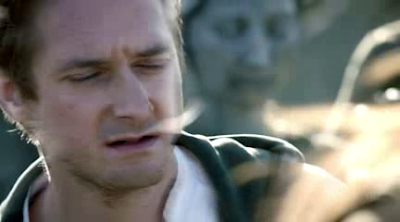 I know it affected me in an emotional way seeing them doing the Romeo and Juliet thing on the roof top.  It was very sad realizing what was going to happen and if you didn’t feel anything then you just aren’t a loving person I guess.  I’m sure most people faced with their decision who are in love with their partner would probably do the same thing.  Plus it was pretty sad knowing what was going to happen with Amy.  You knew she would go back and be with Rory and that is what true love is all about.   In fact she finally takes his last name at the end. 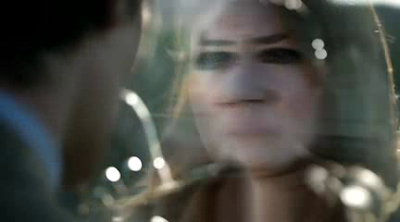 Oh by the way River Song was in this story also.  She was pretty good in this one.  It was good to see her take on a supporting role and not be the focal point for once.  Since her main story is over it would be good to see her in a supporting role.  I don’t mind if she comes back now and again as long as she is helping out and not the true focal point.   I did not really care for The Doctor using his regeneration power to heal River’s broken wrist.  Seems odd he never has done that before.  Could that also be one of the regenerations that Steven Moffat was talking about also. 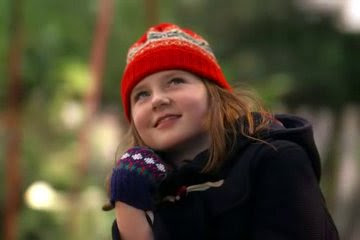 I truly enjoyed this story.  Every aspect was really well done and the performances by the main stars were top notch.  I have been having reservations about Steven Moffat and his handling of Doctor Who but it is good to see him bring the goods when it counts.  A fabulous story to end this part of the series seven which, in my mind, has been subpar so far but it truly ends on a high note.  The Angels Take Manhattan is sure to become a classic and one of the best of the Moffat era.
Grade A
Posted by DR5WHO at 8:22 AM